By Ken   /   Tuesday, 09 Apr 2013 10:12PM   /   Leave a Comment
If you thought Kibaki’s only possession in Statehouse was the suits he wore, and maybe one or two books, think again. Naturally, we expect that when going to Statehouse, a president meets everything ready; from the furniture to the electronics and basically everything.

Yesterday however, that theory was put into doubt after at least two ‘moving’ trucks were pictured coming out of Statehouse with what is believed to be Kibaki and Lucy’s stuff. Unless the two have a whole load of clothes, we can say safely say the occupants bring one or two pieces of furniture. Or it could be that the numerous gifts given to Kibaki this past few weeks filled the trucks.
Here are the pictures. 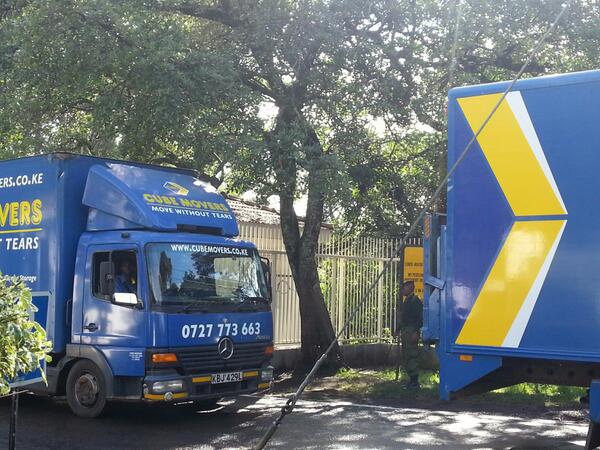 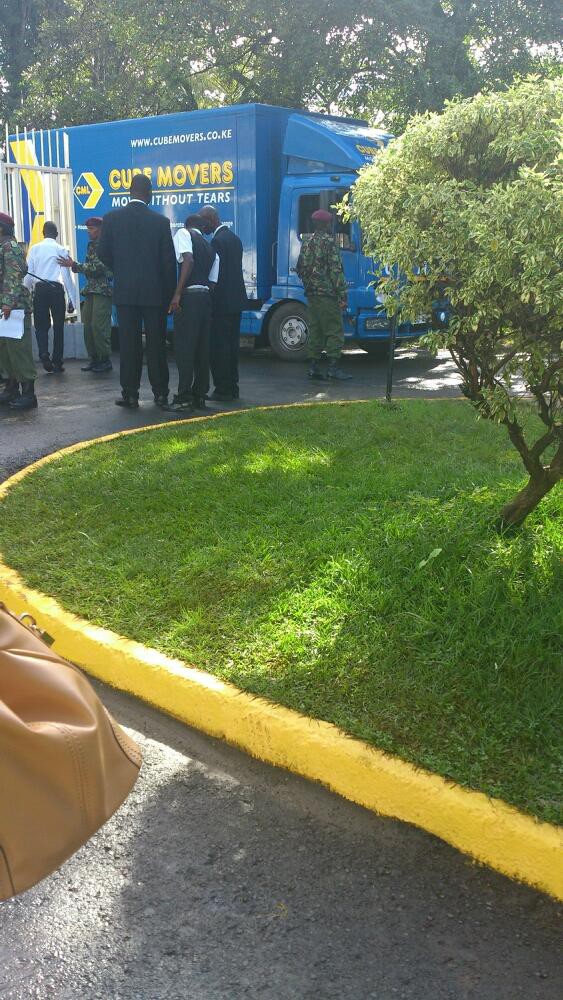 Musician Akon Congratulates Uhuru Kenyatta < Previous
This Is Museveni’s Sh50 Million Armoured Limousine.. The One He Brought To Kasarani Next >
Recommended stories you may like:

Nixon Korir and Other Election Losers Who Have Conceded Defeat