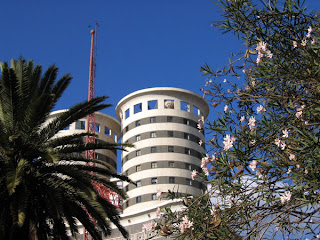 The Aga Khan, who owns about 70% of NMG is a shrewd businessman. Like the late Lonrho’s Tiny Rowland, he always aligns his business to the government of the day.

Which is why, when it looked like Raila was set to clinch the presidency after he ‘won’ the 2005 referendum, the Aga Khan’s board at NMG queitly started ODMfying the media group. Raila’s distant relative Joseph Odindo was given the mandate to push out proPNU writers and editors. Out went the likes of John Mbaria, Gakuu Mathenge, Mburu, popular commentator Mutahi Ngunyi and many many others.

Those that remained were shunted to irrelevant managerial positions that blunted their writing skills.

Today, the ‘teeth and arms’ of NMG – those that generate and prioritise content – are made up of proRaila youth. Take the Sunday Nation.

Kegoro, Mutua, Opanga, Otieno, Ochieng, Kiai,and Lukoye are just some of the proCord ‘analysts’ (apologists) who have regular columns in the Sunday issue alone.

The situation has become so bad that in today’s issue the first article written by a possible proJubilee writer is on page 9! The chief writer for the paper, incidentally, is one Emeka, an unashamedly ODM fanatic from Kisii.

The UhuRuto win has however upset the merry applecart.

True to form the Aga Khan has asked for a situational analysis from his Nairobi office. The government and its agencies afterall account for over 30% of advertising revenues.

With UhuRuto now set to assume power the editorial bias of NMG will have to take a 180 degrees turn. Odindo and the likes of Kaikai, a former ODM politician who is now head of TV and most of their acolytes will most probably be offloaded in the next one year.

The likes of Makau Mutua probably much earlier.

Expect also to see the return of the likes of Mutahi Ngunyi and Gitau Warigi, who has been relegated to one miserable weekly commentary, to active duty.

Karma is a bitch.

Dennis Itumbi Under Investigation For Allegedly Spreading Hate Speech on Facebook < Previous
K24 Poaches Kubamba Krew From Citizen TV Next >
Recommended stories you may like: