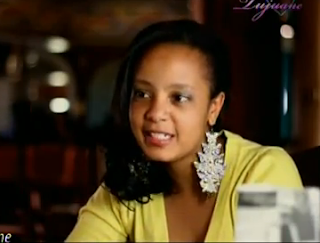 Just when we thought we had seen and heard enough on Tujuane’s Mirfat, some diaspora guy makes a 12 minute video recording telling her off.
The guy is angry about everything, from her arrogance, to her lack of knowledge on what she termed as classic music. He then starts ranting about Fencing, Mirfat’s favourite sport. He says that fencing is not an actual sport but just an Olympic game.

What he appears to be most angry about is that Mirfat is trying to be American, especially since she’s not ready to speak any Swahili.

Kenya’s Open Letter To CNN < Previous
Leaked: Kibaki’s Clearance Form Next >
Recommended stories you may like: