A MUM ignored advice to abort her severely disabled son after seeing this 3D scan of him. 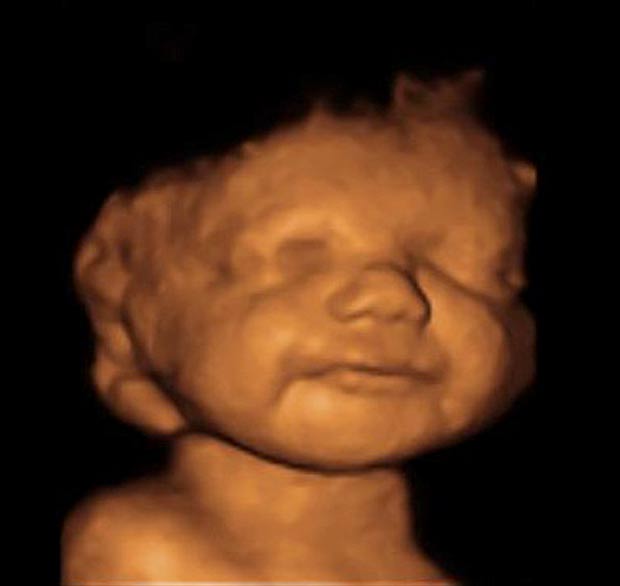 The amazing image convinced Katyia Rowe to defy doctors’ warnings and go through with the birth.
And she told how she proudly cuddled her baby boy Lucian — who died after just NINE HOURS.
She insisted she had no regrets despite her heartbreaking ordeal.
Katyia, 26, said: “I may only have been Lucian’s mummy for nine hours but it was worth all we went through.”
She was thrilled to discover she was expecting a baby with security officer Shane Johnson, 26 — her partner of four years — in March last year.

A three-month scan seemed fine, but a 20-week scan revealed complications. After further tests, doctors dropped the bombshell that their baby’s brain had not formed properly — and he would be born severely disabled.
The couple, from Telford, Shrops, were warned by experts at Birmingham Children’s Hospital their child would never walk or talk and would need 24-hour care.
But the amazing real-time moving 3D test scans had shown Lucian smiling, blowing bubbles, kicking and waving his arms.
Training administrator Katyia said: “Despite all the awful things I was being told, while he was inside me his quality of life looked to be wonderful — he was a joy to watch.
“It was my duty as a mother to protect that no matter how long he had left. He deserved to live.”
So the couple refused to terminate the pregnancy at 24 weeks. 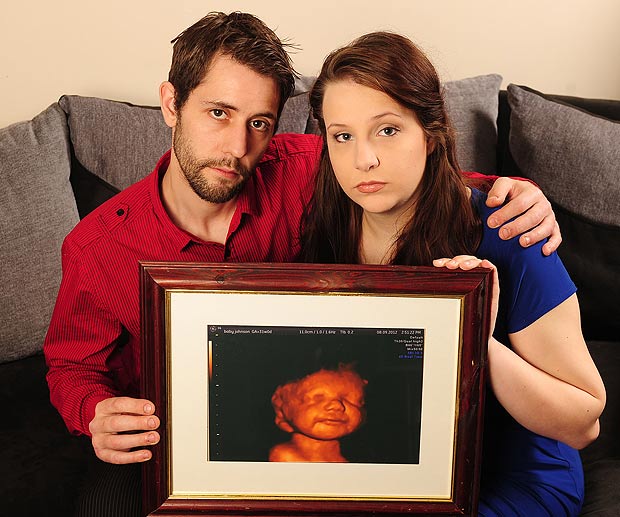 Lucian was born on October 23 at Royal Shrewsbury Hospital, Shrops, and rushed into special baby care. Shortly afterwards, midwives warned the couple their son had just minutes to live.
Lucian was placed in Katyia’s arms and even met his grandparents before his peaceful death.
Katyia said: “My son was dying but I couldn’t stop smiling because I felt so blessed, honoured and privileged to have the chance to cuddle him, thank him and say goodbye properly after all we had been through together.”
“Of course it is hard without him. I miss him every minute.”
The Sun

Lady Gaga’s Ass Tears Pants Apart on Stage < Previous
Man United, Liverpool, Arsenal And Spurs Gang Up Against Man City And Chelsea Spending Next >
Recommended stories you may like: