Judge Ian: Uhuru And Ruto Should Not Vie 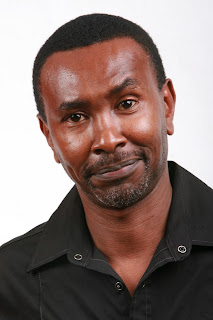 No-nonsense Tusker Project Fame judge, Ian Mbugua has added his voice on the controversial Hague-election matter. In a statement on his Facebook page, Ian wrote, “In all fairness, certain candidates tainted by the PEV in any way have no moral right to vie for the Presidency . Yes, I have said it. Bite me!”
“Candidates tainted by PEV” certainly refer to deputy prime minister Uhuru Kenyatta and Eldoret North MP William Ruto, who are battling crimes against humanity charges at the ICC. His statement elicited mixed reaction from his fans, with some seconding him and others telling him off. A section of those who commented resulted to insults, with shallow or no arguments at all, as to why Uhuru and Ruto should be on the ballot.
One thing we learnt from the comments is that Kenyans still put tribe first and issues second. Those who strongly opposed Ian’s remarks were from the two communities whose presidential candidates are on trial, while most of those supporting him fully were from the community where the other strong presidential candidate comes from.
Below are some of the comments.

Ian the voice of reason , kenyans should wake up and smell the coffee ,ths is our country , we love it and shld protect it from few individuals who thnk they own kenya

the icc process was bungled from the start hence the list is not totally inclusive-it doesnt require a judge to c this- thats why it doesnt interest me.

i think u r wrong how can judge somebody without a investgation ?wacha kuruka mbele ya drum

Only stupid, tribal en hypocrites wuldn’t understand your status!,….en i second u on that Ian….i will vote 4any other person but Uhuru en Ruto!!…en if they win….atleast in two years time o’ so al’ be proud to say….’i tried not to vote them in’….bt one thing is 4sure, we wont be in harmony until the 1000plus lost lives get justice!… God help us all

such a pity that when people can’t debate or argue their case they retort to insults. how immature! my respect to those who disagree with me and explain why. those abusing me, a ha ha:-) – Ian Mbugua

Despite the insults and the bitterness pple have about the truth, the fact remains we will be doomed if Uhuru or Ruto ascends to presidency, seems like most of us Kenyans do not have a clue of what sanctions mean bt will realize how bad the situation is when what they r advocating for comes to haunt them, when pple find themselves with the ugly realization that they cant export their products and thus they have no income thats when it will dawn on them that we r doomed coz our economy will leterally be going to the dogs, Zimbambwe is a case example, so please people do take Annan’s plea, he is not interested in any seat bt his aim is to see a better Africa.

Kenyans cry when commodity prices skyrocket, I wonder what they’ll do when sanctions will be imposed on them.
I wsh Uhuru n Ruto can back a neutral candidate 4 tha presidency 4 the sake of kenya.

I totally agree with u Ian and its sad some kenyans fail to be objective, see the bigger picture and worse still result to insults. Kenya is bigger than all of us

Ian politics is not TPF get it and let it sink in ur thick skull. UHURU for president ……….

That spirit that provokes you into insultin Ian becoz of this truth….is that spirit that killed our fellow country men during the PEV. Now: its likely to happen again because you are allowing it to dominate…if you lost ua brother…you will knw the pain…woe to you….

ian u r wrong!until proven guilty they r inocent!dont u know the 2 who caused PEV r cmftbly sitted in that hse?!.even if U n R will b proven guilty even God knows the other 2 were also involvd.umenibore sana if thats ur views,this is not tpf!we r following our constitution!

Based on the comments I c here it seems very clear to me that most of us will never change and even after PEV we have not learnt our lesson. I cry everyday remembering what most people went through, many innocent souls perished Yet we are still tribal. My tribe has never helped me in any way,it only makes me ashamed bcoz some people still judge me on tribal ground no matter the truth I say, I did not choose where to be born, God chose it for me so stop this tribal nonsense once and for all. I do not care where you come from and I will not stand and watch if anyone attack you. You are my brothers and my sisters from every part of this country. For your info it is only the poor who waste time fighting their brothers while the rich make more riches, wake up guyz and fight for what is right for Kenya. The devil is a lier so all of us must speak the truth and only the truth will save our country.

Mr Ian, u have shared my sentiments right there, those who want to bite, let them get a good grip before they bite!

Mr Ian, u have shared my sentiments right there, those who want to bite, let them get a good grip before they bite!

if u thought by being a judge in tpf gives u the right to raise ur voice n thnk that u are a judge of the highcourt,jst dnt mix showbiz n politics.it wont do u any good.

© nairobiwire.com
Mike Sonko To Join ODM < Previous
Mzalendo Kibunjia Finds Used Straw In His Fanta Soda Next >
Recommended stories you may like: