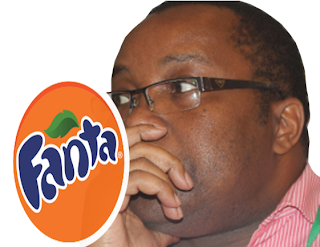 The chairperson of the National Cohesion and Integration Commission Mzalendo Kibunjia is threatening to sue the Coca Cola company after finding impurities in his soda on two different occasions. He said that he had just requested a fanta and took a sip immediately, only to notice a straw curved inside. He was at the home of Isiolo County Council chair Adan Ali Wako.
The first time he found a foreign item in his drink was in Naivasha. “I am worried about my health. This not the first time for my bottle of soda is found unclean,” he said. “This soda has been opened right now and am shocked to find a straw inside. If you look at this bottle from the bottom it shows clearly the soda has other contamination.”
Kibunjia said he will be seeking legal redress against the Coca Cola company because they have stopped being careful on how they package their drinks. Coca Cola public relations manager Bob Okello however said that their products are of impeccable quality and Kibunjia should forward the bottle to them for further investigations.
© nairobiwire.com
Judge Ian: Uhuru And Ruto Should Not Vie < Previous
This Nairobi Woman!! NKT Next >
Recommended stories you may like: