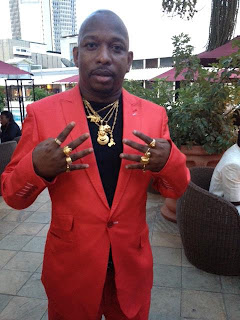 Makadara MP Mike Sonko has refused to deny reports by section of the media that he met Prime Minister Raila Odinga over a possible defection to ODM. The legislator said that it’s indeed true that he met Raila, but he refused to state whether joining ODM was on the agenda.
In a statement on his Facebook page, Sonko wrote, “I don’t deny meeting Raila Odinga he is our Prime Minister & i don’t see anything wrong having a cup of tea with our leaders, like i do with any other person. I had a proposal for the youth which I was presenting to him.”
It had been reported that Raila had on Sunday evening met Sonko and former Kamukunji MP Simon Mbugua at Serena for more than two hours, to try and woo them to his party. The legislator hinted to the Star newspaper that if ‘everything goes well’, they might find themselves dumping TNA. “Yes we have had a fruitful meeting with the PM. He told us that he is keen to work with youthful leaders. We have given him our proposal and if everything goes well, we may find ourselves out of TNA,” He had also revealed that Raila suggested they have more meetings.
Sonko is fighting for TNA’s nomination for Nairobi senate seat, and so is Beth Mugo. Reportedly, the Kenyatta family is pushing for Beth Mugo and that may explain why Sonko is warming up to ODM.
© nairobiwire.com
Caroline Mutoko Has A Crush < Previous
Judge Ian: Uhuru And Ruto Should Not Vie Next >
Recommended stories you may like: