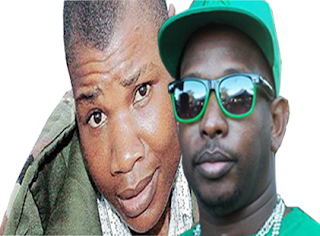 Kenyans of goodwill last night converged at Tamasha to raise funds for ailing Congestina Achieng. After the former boxer’s plight was highlighted on TV, several campaigns were started to help her situation. Nonini and Churchill were the first celebrities to pledge monetary support after they both promised to pay Conje’s rent. Robert Alai had in the meantime started another campaign on twitter where Kenyans would send their contributions via mpesa.
Last night, they all decided to combine their efforts in a bid to save Congestina Achieng from her current condition. The event was graced by the who’s who in the entertainment and social media circles. Among those in attendance were: Ambassador Yvonne Khamati, Blogger Robert Alai, Radio host Nonini, Former TPF contestant Wendy Kimani, Nameless and his wife Wahu, Suzanna Owiyo, Jua Cali, Big Ted, DJ Creme de la Creme and Makadara MP Mike Sonko.
At least Sh 450,000 was raised during the event, with more coming in from Kenyans via the PayBill number 222911, acct number 2012. Nonini was overwhelmed by the turnout but did not shy from urging Kenyans to stop blaming the government for everything. He said we should all be part of the change we want to see, instead of leaving everything to politicians.
Nameless echoed Nonini’s statement and went on to wish quick recovery, with the hope that she will win more titles.
Mike Sonko was among the nights top donors after he gave Sh 50,000 to Conje and promised to pay her son’s school fees. Other donors of the night were:
Amb Yvonne Khamati – Fully Paid In-house nurse for 6 months.
– Sponsored her for a Diploma in sports psychology and counseling course.
Resolution Health        – 1 year medical cover for Congestina and her son.
– Sh 100,000 in cash.
Hon Mike Sonko          – Sh 50,000
© nairobiwire.com
Singer Jaguar’s Car Stunt Goes Wrong.. Almost Rams Into People < Previous
The Evolution of iPhone.. (Hilarious Social Media Round up) Next >
Recommended stories you may like: