Churchill Offers To Pay Congestina’s Rent For One Year 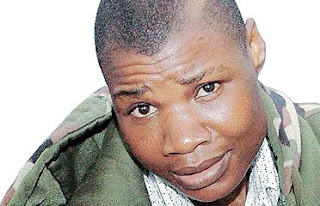 Kenyans expressed shock after Congestina Achieng’s story was aired on Kiss TV. The former female boxer, known for her achievements in the ring appeared to have lost her mind and not even a single sentence from her made sense. If you missed that story, you can read it here.
Congestina is currently living in a one bedroom shack in Nairobi’s Lucky Summer Estate under supervision from her sister. Reportedly, she has been unable to pay her rent for 4 months and may soon get evicted. Her state of mind is wanting and according to her sister, she has to be watched throughout the day. Kiss TV reporters had a difficult time settling her for the interview and they had to watch her off camera for over one hour. When she finally calmed down, she could only construct sentences that were making little sense and at times went into her own imagination mumbling words only known to her. She would then push away the microphones.
Immediately after her story popped up online, several people decided to help the former face of Kenya’s boxing. Blogger Robert Alai used his twitter handle to mobilize funds to help Congestina Achieng pay her rent and get medical attention. Several people contributed to the kitty and the figure was almost Sh 25,000 before midnight.
Daniel Ndambuki better known as Churchill was also touched by Conge’s story because as soon as he got wind of it, he decided to pay her rent for one year. This was his message on both twitter and Facebook.

As the fund raising was going on, Kiss TV did not want anything to do with it. They tweeted distancing themselves from the act.