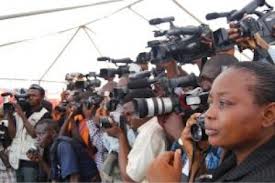 For some time now, a new trend is catching fire in Nairobi. Fake journalists have been gate crushing functions, especially those hosted in big hotels. The fake reporters come equipped with fake IDs bearing names of media houses. They are said to at times demand for ‘handouts’ before they promise to report on the event.
The trend is so bad that in some events, the fake journalists outnumber the real ones. “They scramble for food and most of them eat without any table manners especially at cocktails and dinners” said one event organizer.“We send out invitations in advance and at times request for a specific number of representatives per house to attend, but contrary to our expectations, we receive ten reporters from a media house,” he added. Majority of these later turn out to be fakes.
As if attending and killing themselves with free food is not enough, the ‘journalists’ then demand for press releases and any other useful material promising to report on the stories.
“I don’t understand where the problem is. These are young people who can do something productive rather than wasting time roaming about in town. There is need for the relevant authorities to intervene to save the situation,” said another event organizer.
© nairobiwire.com
Camp Mulla’s Miss Karun Big Twitter Gaffe (o_0) < Previous
The Trials And Tribulations of George ‘Blackberry’ Odhiambo Next >
Recommended stories you may like: