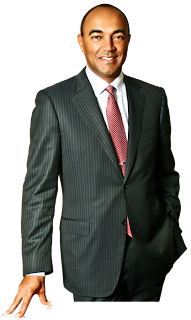 Jeff Koinange has always been accused of biased reporting and interviewing. One columnist for the Star newspaper accused him of being openly anti Raila. He was branded ‘a man on a mission’. This was after he invited Miguna Miguna on the bench, several times after he fell out with Raila. While still working for the PM, Miguna never got anywhere near that bench. Miguna’s presence was however not the reason for the attacks aimed at Jeff, it was his mode of questioning him that was under scrutiny. He was accused of asking Miguna leading questions so that he can prove that Raila had influenced the ICC. 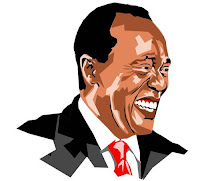 Peter Kenneth is now clearly not Jeff Koinange’s number one fan. This week, K24’s Face The Nation, hosted by Jeff Koinange, went to Murang’a. Leaders are invited to discuss issues together with their constituents in a moderated manner. Ihura Stadium in Murang’a town was the venue this week.
Kenneth, being an interested party in Murang’a politics by virtue of being an MP from a constituency in Murang’a county should have been invited. Despite Jeff Koinange allegedly not extending an invitation to Peter Kenneth, he went ahead and, quoting PK’s words, “incited the residents ati their leaders don’t show up”.
This was Peter Kenneth’s tweet.

UPDATE: Jeff Koinange got a chance to reply to Peter Kenneth’s tweet.
He wrote,

Hey Mheshimiwa, just saw you’re msg…Please talk to the people who claim to be Your PA’s…apparently you were in Canada…

PK must have been online because he replied to that immediately.

I was away only last week, I have been around this week, you know my number you never called me…

..and none of my colleagues too were invited. Sincerity key

I called you Several times, my Brother..the Show was Taped last week..Yesterday’s Show was a repeat..you were 1st on OUR list

© nairobiwire.com
"By The Time We’re Done With The Constitution, You Won’t Recognize It," MPs < Previous
Mutunga Divorce Drama, Ex Wife Says He Tried To Kill Her. Next >
Recommended stories you may like: