"By The Time We’re Done With The Constitution, You Won’t Recognize It," MPs

Who will save us from our MP’s? 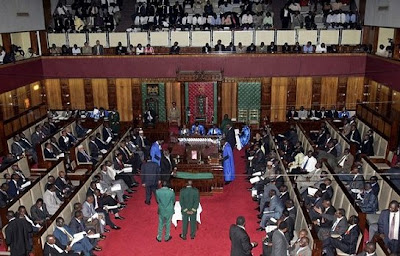 When Kenya voted for the new constitution in 2010, a new order was supposed to take charge of the country. Political discipline was mandatory and Kenya was destined never to be the same again. Flash forward to 2012,The only fruit Kenyan’s have enjoyed so far is an independent chief justice, who by the way did not come easy.
As if breaking the law is not enough, MP’s have decided to change the law, so that the ‘broken’ part becomes the law. Legislators who Kenyans would have looked upon to protect the constitution, are the ones spearheading efforts to mutilate it.
The constitution was supposed to let only those with decent education qualifications get to be on the ballot. A few days ago, they proposed that anyone can get to parliament without a university degree up to 2017.Luckily, that proposal was defeated. (shame on you Abdi Nuh and Peter Munya)
Several months ago, they worked their way to not paying taxes. Just yesterday, they decided that they can shift from party to party depending on the weather, without losing their seats. Non-serious presidential candidates will now not worry about not winning the presidency. Reason, they will be nominated to the senate by their party. (Now Bifwoli Wakoli can vie comfortably).
Spearheading the latest constitution mutilation, is Isaac Ruto, Mutava Musyimi and Danson Mungatana. They are most probably speaking for their masters, William Ruto, Mutava Musyimi and Martha Karua respectively. The fact that the bill to rescue election losers sailed through, only shows that we cannot trust any mp.
© nairobiwire.com
Who Is This Ugandan Diva Driving A Lamborghini? < Previous
Peter Kenneth And Jeff Koinange Got Beef. Next >
Recommended stories you may like: