By Ken   /   Tuesday, 12 Jun 2012 02:43PM   /   Leave a Comment
Dancehall singer Sean Paul recently said I DO to longtime girlfriend Jodi Stewart in Jamaica. The legendary singer and rapper, responsible for big hits including; Ever blazin, Give it up to me, We be burning and Temperature, married Jodi towards the end of last month and pictures were very hard to come by. The fact that only one newspaper had them point to picture auction of which the highest bidder won. The following pictures were published by the Jamaica Observer. 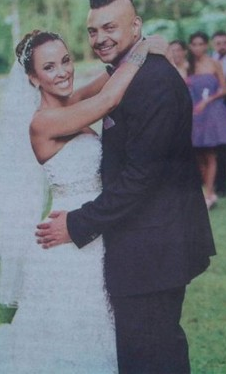 Sauti Sol To Perform At Big Brother. < Previous
Former Miss Kenya Rachel Marete To Host Show For SKY TV. Next >
Recommended stories you may like: