Will Smith Kisser.. Selena Gomez My Next Project.

“Justin Bieber Is Not Competition” 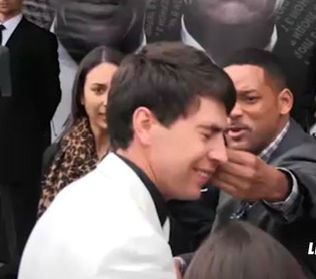 Will Smith kisser, Vitali Sediuk, has come out to set the record straight. On an interview with TMZ, the reporter said that he did not aim for the mouth and was actually heading for the other cheek which is custom in his country. He said he respects Will Smith and is unfortunate to have been misunderstood.
Asked which celebrity he would like to kiss, he said Selena gomez, clearly stating that Justin Bieber is no competition.
Here is the interview.
© nairobiwire.com
P-Square Buy A Private Jet. < Previous
Are You Ready For Miguna’s Book? Next >
Recommended stories you may like: