Prezzo Nominated For Eviction By The Girl She Told To Get impregnated. 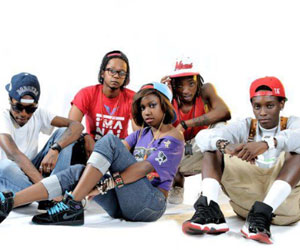 A lot has been happening in South Africa and in this regard upville and downville. Upville held their first eviction nomination and our man Prezzo has one nomination, by none other than the girl she told to get impregnated, Barbz. The celebrity with the highest number of nominations is Zambia’s Mampi, who got 6. So it seems Prezzo is not rubbing all shoulders the wrong way.

On Sunday, Kenya’s Camp Mulla were rocking in South Africa dropping one of their hits, ‘Fresh all day’.

Here is the video of their performance.
© nairobiwire.com
Octopizzo Illuminati, Are You Insane. Even Jay Z Is Not. < Previous
Rihanna Gatecrashes Chelsea Celebration. Next >
Recommended stories you may like: