She Particularly Bonded With Drogba. 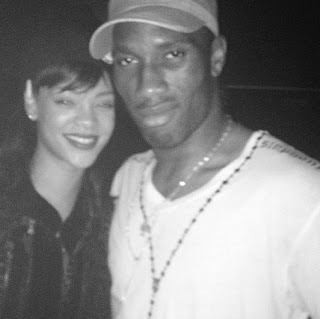 When you win, everyone wants to be with you, and that’s how Chelsea received a surprise guest in the name of Rihanna. Straight from Munich, Chelsea players went to London to extend their celebration. Most of the players were joined by their fiancees. Coincidentally, Jay Z and Kanye had a gig on the other side of town. Rihanna was one of their guests.
Rihanna got info that Chelsea were back after beating Bayern Munich in their home turf. The Battlefield actress is not known to love football or soccer as our American cousins call it, but that did not prevent her to join Chelsea in their celebrations. She rushed from Jay Z’s concert to the Chelsea party. She particularly bonded with Didier Drogba, who had just given Chelsea the winning goal.
“The players were chuffed to meet her but she bonded most with Didier and was dancing away with him.”
She is said to have had a great time and that can be seconded by the time she spent with the new European Champions, (almost the entire night)
© nairobiwire.com
Camp Mulla Perfom At Big Brother. (VIDEO) < Previous
Is This The Funniest YouTube Video Ever? Next >
Recommended stories you may like: