Beliebers Make 2000 Calls To Hotel Reception. Can You Believe 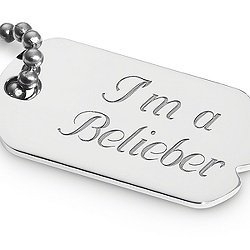 Justin Bieber is in London, but that is not news to his loyal fans who track his every move. Beliebers have been calling the London’s Royal Garden Hotel, where Bieber is staying, in their thousands, wanting to speak to their idol. Hotel staff say they have recieved over 2000 calls and counting. They have concocted all possible identities in a bid to have access. Some claim they are his relatives or friends while others claim they are his personal stripper. A few have even said they are Selena Gomez.
“The phones in the hotel haven’t stopped ringing since he arrived.
“Staff knew there would be pandemonium but not to this extent.”
The hotel has been forced to change their numbers, but apparently, beliebers are always one step ahead of everyone. The new numbers have not stopped ringing. Its amazing what believing beliebing can achieve.
© nairobiwire.com
Kambua Wedding Photos. Plus a Glimpse At The Groom. < Previous
Tanya Denies Dating Daddy Owen. Next >
Recommended stories you may like: