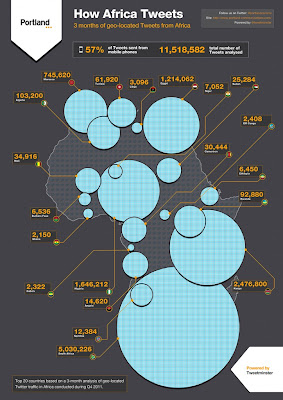 Kenya is now ranked the second most tweeting country in Africa. The research titled How Africa Tweets, carried out by Portland ( an IT research firm), shows that South Africa comes first with twice as many tweets as Kenya, which is number 2. More than half of the tweets are through mobile phones.

How Africa Tweets found that: