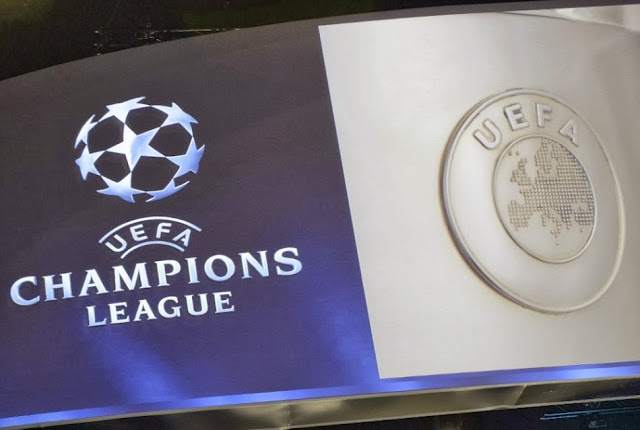 A mysterious Twitter account created on Sunday (15 December) declared that it was going to “reveal a portion of Uefa’s corruption and manipulation” before tweeting the exact Champions League Second Round draw match-for-match one day earlier than the actual draw took place.
Under the username @uefacorruption, an ominous tweet stated that “we are going to reveal the results of tomorrow’s draw”.
The timeline then published all eight Champions League Second Round ties that were pulled out of the hat by 2014 Champions League Ambassador Luis Figo.
The account tweeted that it was to reveal the draw because of “corruption that is led by people from behind the scenes. For economical reasons that are harming the sport.”
Whether the Twitter account is a hoax account, using another method of predicting the draw, remains unclear but the accurate prophesy has raised eyebrows.
Some Twitter users have speculated that whoever is behind the account has set up various profiles, covering every potential draw outcome before deleting the incorrect forecasts and leaving the one correct account up.
Uefa’s hierarchy are no stranger to corruption allegations, with the Malaga president Abdullah Bin Nasser Al Thani claiming his side were knocked out of the Champions League due to “corrupt Uefa”.
Check out the below screenshot of @uefacorruption’s eery prediction yesterday and see what you make of it: 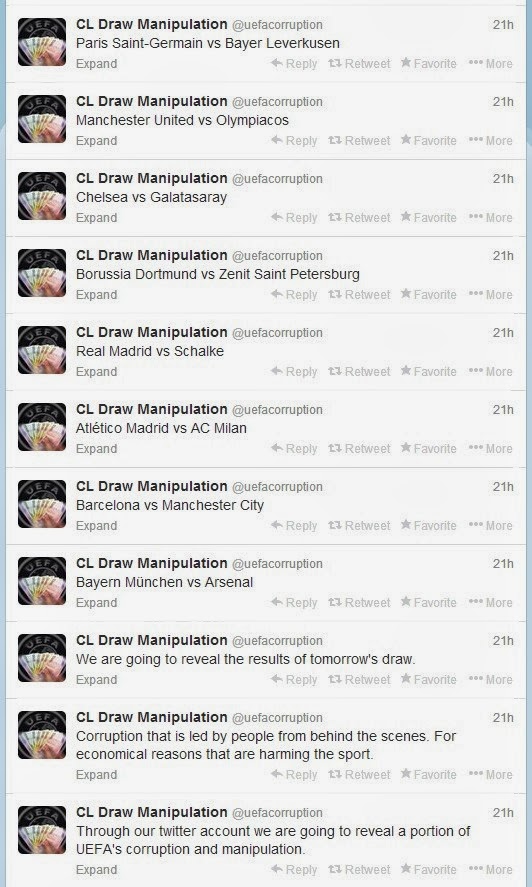