The Story of Joji Baro – The Gay Gospel Artist 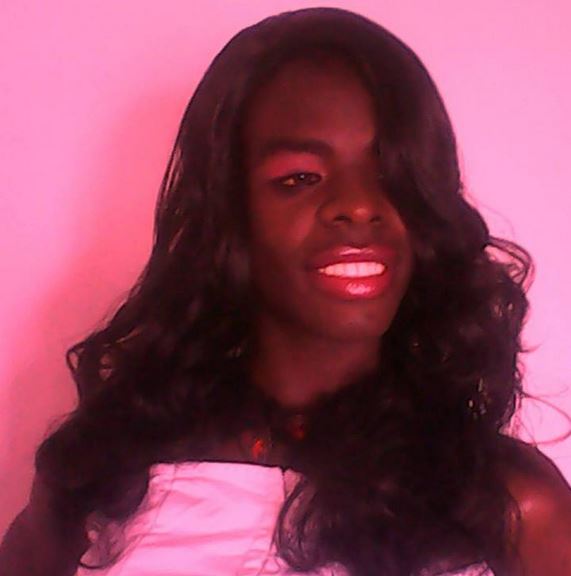 Facebook blogger Cabu Gah, recently wrote down this post about Joji Baro, the HIV positive gay gospel artist you’ve probably never heard of.
The 22 year old Embakasi resident sat down with Cabu Gah and this is his story.
My name is George Barasa. Or Joji Baro. I am 22 Years Old. I was born in Nairobi and brought up in Bungoma.

I am an GOSPEL Artist. I am Gay. I am HIV/AIDS positive. I am an activist. And I am a drag queen.

I stay in Embakasi,Nairobi after my WHOLE Family disowned Me.

I went to Sipala High School where I opened up about my sexuality to the C.U Patron. Then I was in Form 2. After learning that I was gay,the C.U leader reprimanded me sharply and he constituted a battery of teachers,parents and church leaders to come pray for me.

I was offended by the negative reaction my sexuality elicited and with that,I quit Sipala High School.

I then joined St. Paul’s Miluki High School where I entered into a romantic relationship with a Catholic Priest. He was my boyfriend. And I was his girlfriend.

Clandestinely,our gay relationship blossomed before I was publicly outed by the STAR NEWSPAPER in 2011.

Thirsty for a scintillating story,two STAR Journalists,Oti Oteba and John Nalianya,accosted me in Bungoma,held a gun to my head,and FORCED me to confess about my gay relationship with the Catholic Priest.

Scared for my life,I admitted that,Yes,I was a lover to a priest.

With the gun still pointed at my head,they asked me to reveal EVERYTHNG about the Priest and I. And I did.

Next thng I knew,My story was making headlines. The STAR Newspaper had published it.

After reading it,My parents were outraged. My family was revolted. And my whole clan was in pure shock. And because of that,I was rejected by my family,my parents and my people.

It crashed my soul.

Again,I quit St.Paul’s Miluki School and came to Nairobi where I engaged in several gay relationships with abandon.

I was depressed,naïve and young. And I was a hot cake for lusty gay men. Most of whom were married.

After my tribulations became too much,I attempted suicide. And the next thing I knew,I woke up at Metropolitan Hospital in Buruburu.

I was treated and tested for various infections.

And on March 11th 2012,Doctors confirmed to me that I was HIV/AIDS positive.

My heart sank. This was becoming too much.

I stayed in the house for weeks; without eating or moving out or even switching on the lights.

But by God’s grace,I overcame the News,grew stronger,accepted my new status and started living life again.

I then enrolled at High Link High School in Umoja where I sat my KCSE Last Year.

After that,I founded an NGO group called “Out In Kenya” where I advocate for Gay and Lesbian Rights.

I am also a refined model who did modelling with Pearl College.

And Last Year,I won the Mr/Miss Red Ribbon Title at the GALCK Awards.

Besides modelling where I get to be paid handsomely,I also do GOSPEL Music despite the fact that I am receiving great resistance and backlash from the Gospel Industry Heavyweights.

I am also a drag queen…or a cross-dresser.

I have 15 wigs. And over 30 pairs of sexy high-heels and an endless collection of thongs and G-strings and bras.

I am currently writing a book titled “Dream Boy”. Its my memoir.

I have also featured in numerous documentaries across the World: From Netherlands to South Africa to U.S.A.

I am single. And NOT searching. I want to be searched instead.

And I am tired of being judged and bullied and labelled and stigmatized against.

I am a human being. Like any of You.

Nothing makes me different; Not my sexuality,my HIV status,my weird tastes or my eerie interest in female clothing and paraphernalia.

I am serving God.

And I hope God accepts my service…both to Him and to Mankind.

I am Joji Baro.

A freak to some. A creep to others.

BUT a HERO to many.

You can read the comments on Cabu Gah’s Facebook page

All The Trending Tweets and Memes Today