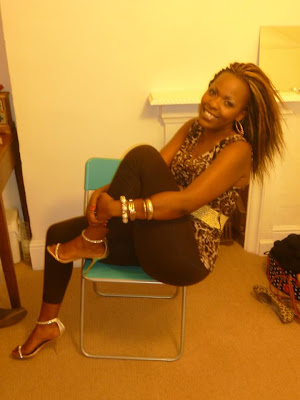 Kingwa Kamencu, the lady who thought she’ll be Kenya’s fourth president appears not to be in her right state of mind. Last week as Kenyans were anxiously waiting for the Supreme Court to decide the direction Kenya takes, she was making some very weird statements on Facebook.

And the following comments followed.

Haha President Kamencu has addressed the nation.It could be interesting to have a hot sexy president.  – Godiah Rocky

… plus many other comments.

After Mutunga gave the ruling, her excellency was not happy. This is what she wrote.

Not happy with this ruling. Now i need sex, to feel better.

If you remember right, this is not the first time Kamencu is making such shocking statements. It will be recalled that during the campaigns, she formed a movement dubbed the ‘Underwear Free Revolution’, whose main aim was to encourage citizens to stay ‘free’.

A few weeks later, she was back on Facebook looking for a husband. She even spelt out all conditions for anyone willing to apply.
Read: How To Apply To Be Kingwa Kamecu’s Husband.
Read: The Incredible Life of ‘President’ Kingwa Kamencu

Kamencu eventually pulled out of the race and endorsed Martha Karua for the top seat. Looking back, we can confidently say that Kenya dodged a bullet.
© nairobiwire.com