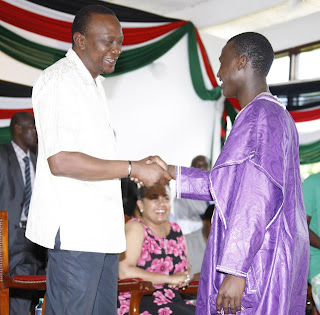 After impressing President Uhuru with his ‘Otongolo Time’ narration at State House Mombasa, Daniel Awira of Highway Secondary School has continued being in the limelight.

Over the weekend, Awira was hosted on NTV by Larry Madowo, where he gave the story of his journey to stardom.
Apparently, his getting into drama was mostly by accident. His teacher overheard him speak with friends with the just accent he needed for the narration. Awira was at first reluctant to take the role, but when he eventually did, he went all the way to the nationals and later to State House Mombasa.

NTV later ran his story and it turned out he’s from a poor background, and actually lives in a slum.
Yesterday, there were concerted efforts by NTV and particularly Larry Madowo, and Safaricom to create an Mpesa PayBill number, to be used by Kenyans willing to help pay his school fees. The number is 977250.

Musician Jaguar then came on board, and cleared Awira’s one year fee. Larry Madowo later revealed that the young man will now complete his high school, after collecting enough money to pay up until form. 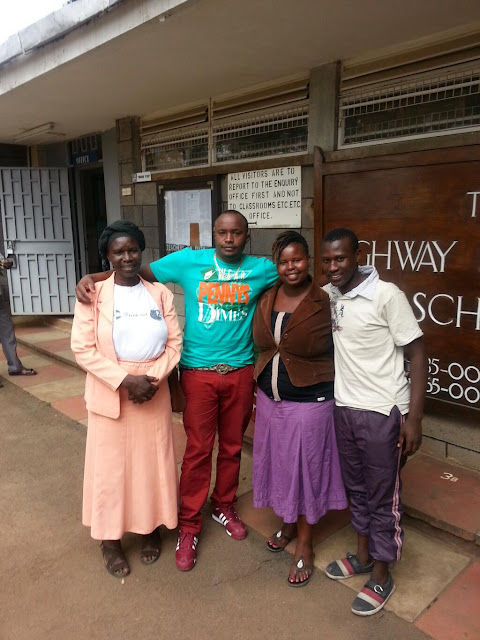 Loading...
How a Kikuyu Says It .. (Hilarious) < Previous
Application To Date My Daughter – Hilarious Next >
Recommended stories you may like: