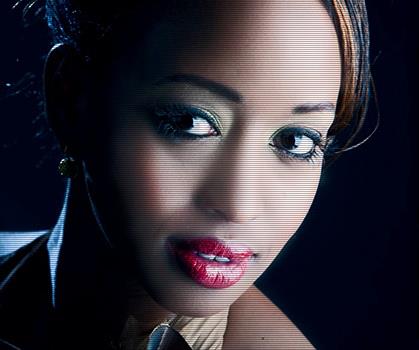 Away from the Elections,allow me to address something quite emotive to me. All of you must have already watched the viral clip for the TUJUANE T.V episode where the lady,Mirfat Musa,could be clearly seen demeaning and,to some extent,violating her date,verbally and by gesture.

Mirfat drew huge condemnation on social media for her apparent brash attitude and huge ego displays. And social media went hard on her. The incident spawned tens of facebook pages insulting her character and hurling unprintables at her. It did prove too much when I was informed that the poor lady was now contemplating suicide. Yes,Mirfat,the so-called South C diva was ,or is,really weighing suicide options. How I wish she could talk to Me! It would be sad if it were true!

Friends,CYBER-BULLYING is NOT new to Us. It has become too much now! Everyday,Kenyans wake up to fight and argue and create “R.I.P” pages for other Kenyans! On the internet! It is WRONG!

Yes,Mirfat did her part. She failed. She erred. She may have annoyed some of us and hurt some of Us! But,ask yourself, how does it help you,by spending endless hours on the internet desperately destroying her soul? With hate comments,insults and photoshop mockery??

Last Year,a 15- year old Canadian girl,Amanda Todd,hanged herself after enduring years of hatred,insults and bullying on the internet. Same case applied to 13-year old Irish girl,Erin Gallagher,who was hated,bullied and mocked on the internet for being ” fat and ugly”. She commited suicide. And her sister,15-year old Shannon Gallagher,commited suicide too,two months later,after being bullied,mocked and made fun of after Erin’s own suicide earlier.

Why are we making THE INTERNET a death trap??

Why is there so much hate here? So much insults and issues and fights and bullying??

All my life, i’ve met people who had their own weaknesses,people who werent nessesarily beautiful,or learned,or rich,or attractive or popular. BUT they made a decent living for themselves! I watched them succeed,inspire people and make it to the top,without the normal expectations by society.

I am here to love and to be loved.

I am here to learn. To interact. To be taught. To laugh. To meet people and to have fun!

We ALL have weaknesses ,we all have mistakes,we all make errors AND NOBODY deserves to meet her/his death through the internet!

Loading...
Kimunya Calls His Constituents ‘Thankless’ For Voting Him Out < Previous
KCSE Provisional Results – Could Change Anytime (Hilarious) Next >
Recommended stories you may like: