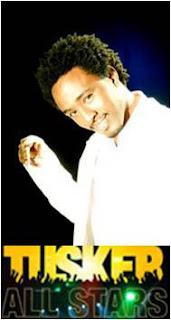 The second edition of Tusker All Stars was definitely an improvement from the premiere. It looks like the producers listened to some of the issues highlighted by the fans.
The two super fans, who were widely criticized, were not excluded from the show but were instead flanked by the famous judge Ian. As always, Ian gave his honest opinion and  Alpha did not amuse him. However, the other super fans seemed more like they were interrogating judge Ian. It is however not clear whether Ian will be a regular on the show.

There had been some complains that the tusker pub was a clone of Churchill live. That was sorted out and a more original design set up. The improvements were not only on the setting of the show but also arguably on the singing. Four all stars entertained the audience among them Msechu, Alpha, Patricia and Amileena. However the quality of their original compositions is not quite enviable. Alpha emerged victorious on the charts following last week’s performance.

Loading...
Was Kalonzo Cornered Into Paying His Taxes On Churchill Live? < Previous
After 168 years, News of The World Shuts Down Next >
Recommended stories you may like: