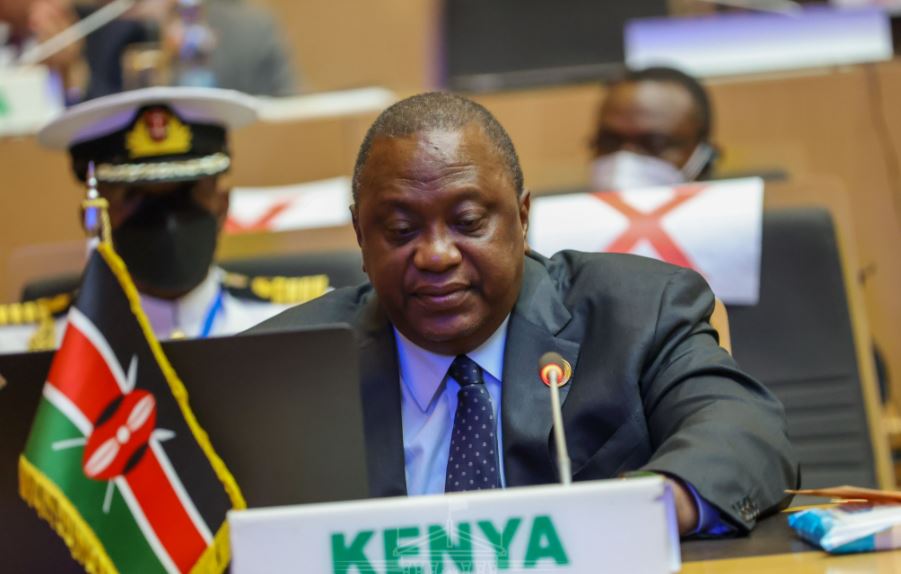 The richest high-net-worth individuals(HNWI) in Kenya have a combined net wealth of Sh333 billion (2.71 billion dollars), a new study by Oxfam Kenya has revealed.

Together with the Fight Inequality Alliance, Institute for Policy Studies and the Patriotic Millionaires, Oxfam conducted the survey on the state of financial equality dubbed ‘Survival of the Richest’.

It showed that Kenya’s top four richest individuals have more wealth than 22 million Kenyans who are in the bottom 40 percent in terms of wealth.

While it did not name the four richest Kenyans, Oxfam in another report in January 2022 listed Samir Naushad Merali, Bhimji Depar Shah, Jaswinder Singh Bedi and former President Uhuru Kenyatta’s family as the top four richest in the country, with a combined wealth of Sh311.7 billion.

The new study also showed that Kenya’s richest 130 individuals own wealth equivalent to 70 percent of the country’s current budget (Sh3.3 trillion), or 19 percent of its Gross Domestic Product (GDP). 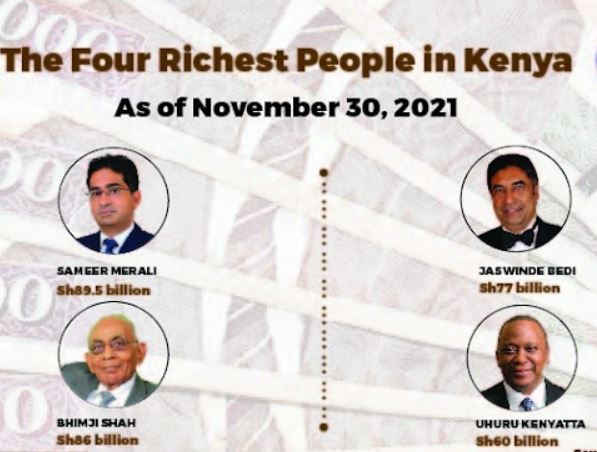 The global charity organisation that fights inequality said the growing wealth gap between the rich and the poor is a shame.

“The analysis shows that the increasing extreme wealth of the rich and increasing extreme poverty of the poor driven by low taxes on the richest Kenyans by virtue of tax breaks, incentives, avoidance and evasion, alongside unfairly higher taxes on poorest Kenyans, directly through income tax and indirectly through taxes on fuel, food and basic commodities, is a social ill and a shame,” Dr John Kitui, Oxfam Kenya’s Country Director, said.

“Kenya super-rich are increasingly amassing enormous wealth even as most Kenyans grapple with the impact of the Covid-19 pandemic, rocketing prices of basic items, drought and unemployment,” Oxfam added.

Oxfam proposed the introduction of a net wealth tax for the super-rich, saying the country could do unfathomable things with that revenue.

“If a net wealth tax could be introduced in the country at the rate of two percent on millionaires worth above Sh615 million and three percent on those above Sh6.15 billion, the revenue potential could be Sh89.9 billion a year,” they said.

“Kenya’s tax policy on paper is one of the most progressive in the world, at 11th out of 161 countries. But it is failing to tax the richest adequately,” Oxfam added.

Oxfam also noted that many workers in Kenya have no rights in the workplace, leaving them vulnerable to exploitation and low wages even as the rich grow wealthier.

“When minimum wage doesn’t keep pace with the cost of living, it becomes poverty wages,” they said.

Oxfam says it is time to tax the rich.

MP To Table Impeachment Motion Against DP Gachagua < Previous
Things To Know About Model Aisha Ochwada Next >
Recommended stories you may like: