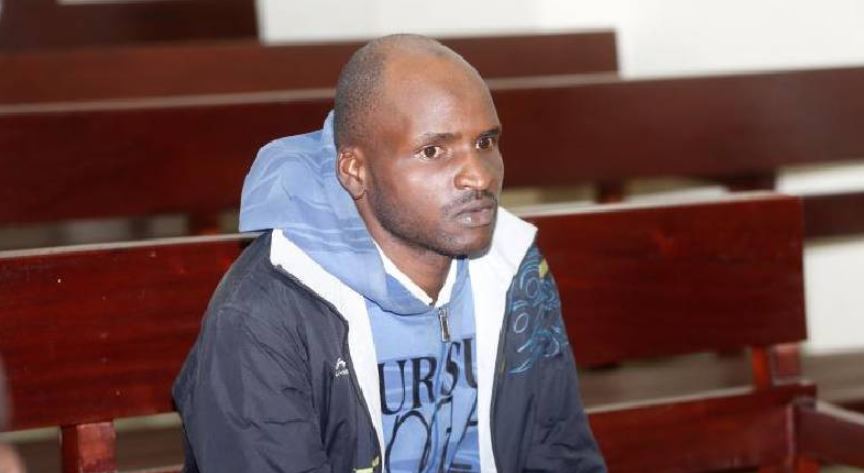 The prime suspect in the murder of Karatina University student Phyllis Jepleting has pleaded guilty.

Reports indicate the two were an item, and Jepleting had traveled to Nakuru on December 19 after they closed for the December holidays to visit Kemboi.

The Education (Mathematics and Biology) First-Year student was last seen alive at her boyfriend’s house on December 26. Her decomposing body was found in the house in Naka Estate on January 1.

Kemboi, who worked as a security guard, pleaded to the charge after being held in police detention for 14 days. He was declared fit to stand trial after undergoing a mental assessment.

Justice Matheka explained to him the repercussions of admitting to the murder charge.

“Before the court records the guilty plea, it is my duty to explain to you that the murder charge carries the death penalty if found guilty or if you admit to the charge,” Ms Matheka told Kemboi.

Justice Matheka read the charge for the second time, and Kemboi admitted to the murder charge, “Yes I killed Jepleting,” he said.

Matheka ordered Kemboi to undergo counseling after noting a medical report that suggested he has a history of depression episodes.

“The accused will undergo counseling and psychiatric tests before the facts of the case are read to him again next week,” the judge directed.

This is Everything Trending in Nairobi Today < Previous
MP To Table Impeachment Motion Against DP Gachagua Next >
Recommended stories you may like: