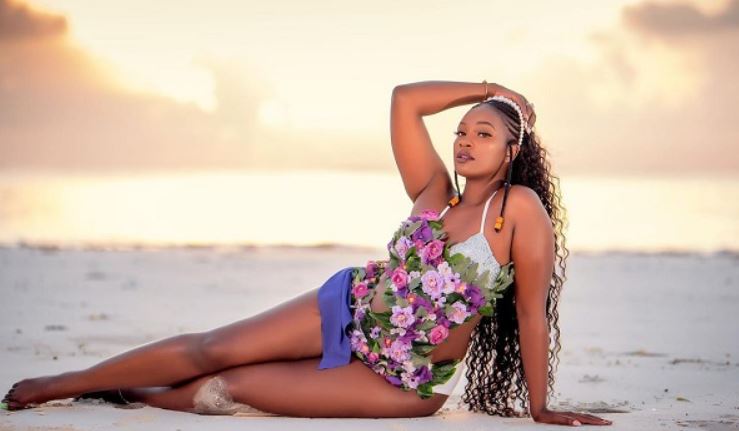 Content creator Maureen Waititu says she is now in a much better place, years after breaking up with her baby daddy Frankie Kiarie.

The mother of two shared three nuggets of wisdom she used to move on from the painful break up. They include:

1. Bad things will always happen but how are you preparing yourself for moving on?

3. Do not be afraid of being vulnerable. It’s okay, let people put you out there. Let them say what they want to say but your vulnerability will be the epitome of your strength. So let it go, don’t feel like oh this and that, No, let the system take its course and God will always vindicate you.

Maureen Waititu was speaking in an interview on KTNs ‘Art of Living’ on Sunday, January 15. Narrating how she had to move out of her ex’s house, Waititu showed off her new living space.

“I put this space together in under two weeks, believe it or not. I was leaving a previous place, and unfortunately, I found myself in a move-out situation in a very short amount of time.

“At that point, I had renovated the previous house three months before so it was almost like still very fresh. So I used the same team, Pinterest helped a lot so I just told my guys this is exactly what I want.”

Waititu said her inspiration was to provide a warm space for her sons.

She said everything in her new home is personal to her.

Ben Pol Apologizes To Anerlisa Muigai and The Public < Previous
DP Gachagua Hosts France Ambassador To Kenya Next >
Recommended stories you may like: