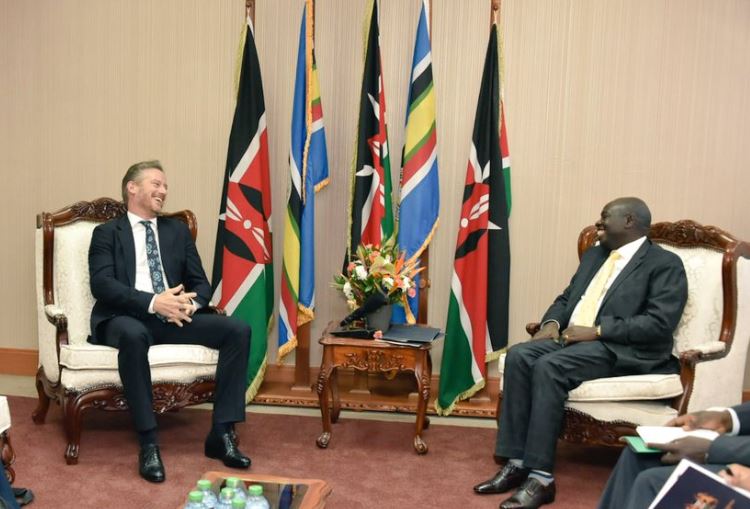 By DPPS
The construction of the Rironi-Mau Summit Road, a key artery to Western Kenya, may soon kick off following advance talks between the Kenyan government and the main financiers of the project, the French Government.

While on a courtesy call on Deputy President Rigathi Gachagua, Monday, the French ambassador to Kenya Mr. Arnaud Suquet said the project remains a key pillar to the current and future engagements between the two countries.

“This remains a priority project when it comes to the relationship between the two countries,” Mr. Suquet said.

Mr Gachagua said the government was open to having more discussions around the project to get it back on track.

“We remain open to having further discussions with the developer, which we hope will result in giving Kenyan taxpayers the best value for their money,” the DP said.

It also emerged during the meeting that as a regional leader in trade, Kenya will next month play host to a delegation of French businesspeople, companies, and investors led by the French Trade Minister.

“We remain aware that investment and trade will be key in the relationship between these two countries,” the French Ambassador said, adding that the visit by the delegation could be preceded by an invite to France by French President Emanuel Macron to  President William Ruto. 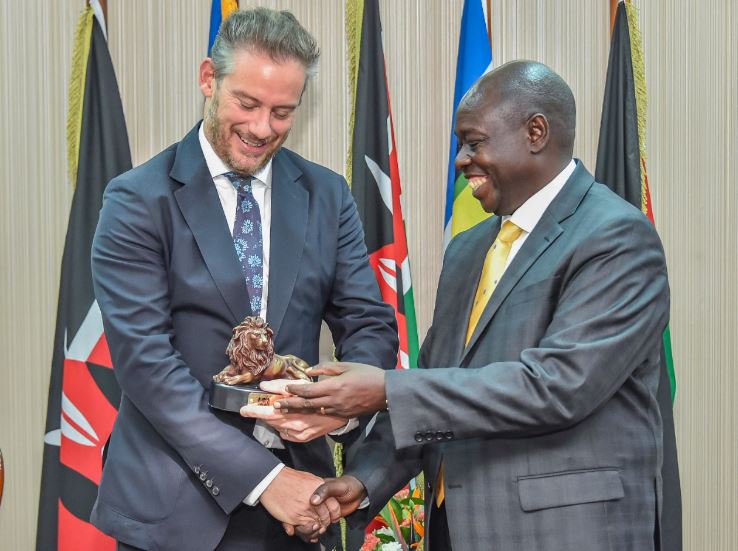 “We hope that President Ruto will have time in his schedule to honour the invite of our President,” the ambassador said.

France is the 5th largest investor in Kenya representing around 10% of direct and indirect commercial interests.  Total French Foreign Direct Investment (FDI) stock in Kenya amounts to over USD 1.2 Billion coordinated under the auspices of the French Business Confederation, known as the Movement Des Enterprises De France (MEDEF).

Cementing the relationship between these two nations will mean more trade and investment engagement.

“This is why we will be dispatching trade and investment attaches to our missions abroad to not only push from more opportunities to our countries but also to make ourselves more accessible to potential investors in their source nations,” DP Gachagua said. 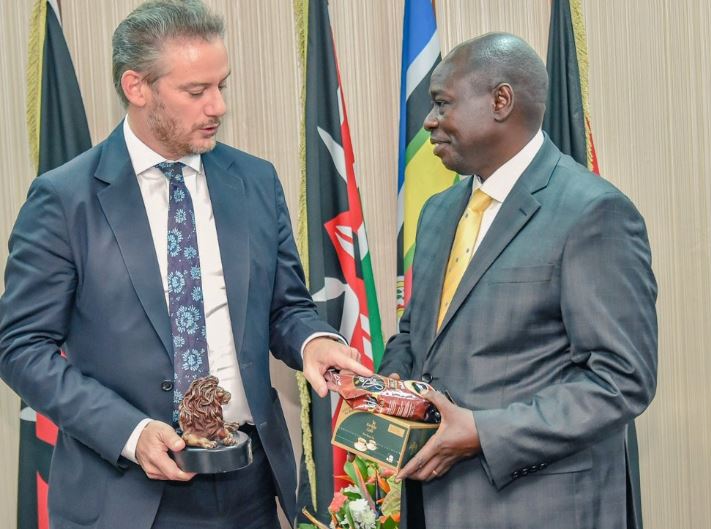 The ambassador also announced that the French government, through the French Private sector in Kenya, comprised of some 130 companies, has donated some 1 million euros towards drought mitigation.

“These funds will be used for the construction and rehabilitation of boreholes in Marsabit, Isiolo and Samburu,” the ambassador said. “We understand the shocks that Kenya is currently undergoing and would like to be a brother in need.”

The Deputy President said France’s contribution towards the sinking and rehabilitation of boreholes is in line with Kenya Kwanza’s plan of creating a sustainable longterm solution to the effects of drought.

“We must stop treating drought as an emergency and plan for mitigation measures,” said the DP.

Maureen Waititu Shares 3 Tips For Moving on From a Painful Break Up < Previous
Moja Company Denies Car Fell Off Nairobi Expressway Next >
Recommended stories you may like: