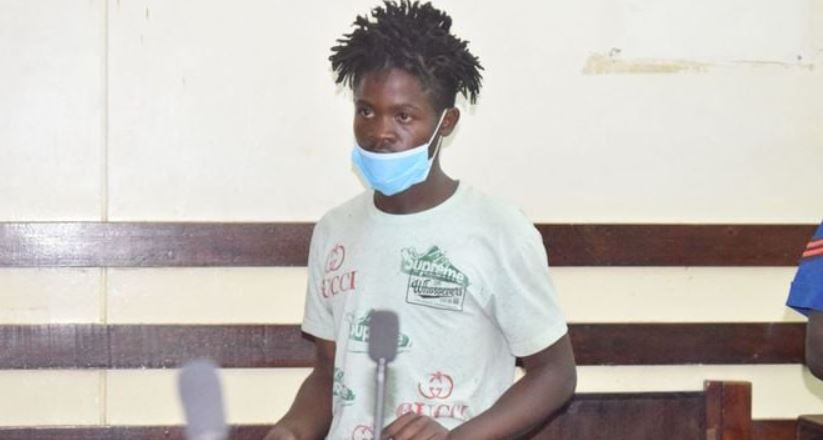 A man accused of sexually assaulting a desperate job seeker has been charged at the Makadara Law Courts.

Rashid Muhanda, 19, was charged with sexually assaulting the 19-year-old woman inside his house in Lucky summer estate in Kasarani, Nairobi on January 11.

The accused is also facing an additional charge of committing an indecent act with an adult contrary to section 11 (a) of the sexual offenses Act (SOA) of 2006, where he is accused of intentionally and unlawfully touching her private parts.

The court heard that Muhanda met the victim outside a company in Kasarani where she had gone to look for a casual job. He told her he knew of a woman who wanted to hire a supermarket attendant and they exchanged contacts.

The accused later called the woman and directed her to meet him near his house. The woman took a boda boda and met the man, who claimed he would take her to meet the potential employer.

Muhanda lied that the employer was offering a Ksh20,000 salary.

The court heard that he instead led the woman to his house where he locked her in and grabbed a knife, which he used to threaten her if she raised the alarm.

The accused allegedly sexually assaulted the victim and kicked her out after giving her the number of the alleged employer.

The victim sought help at a nearby hospital and she was later escorted to Medsen San Frontiers clinic for further treatment. The complainant later reported the matter to the police, who traced and arrested the suspect.

He claimed the complainant was his wife and that he had married her a week earlier.

The accused pleaded for lenient bond terms saying he is an orphan raising his siblings alone.

The case will be mentioned on February 23, before the hearing starts on March 28, 2023.

Chiromo Hospital and Jubilee Launch Mental Wellness Product [DETAILS] < Previous
Everything Trending in Nairobi This Thursday Next >
Recommended stories you may like: