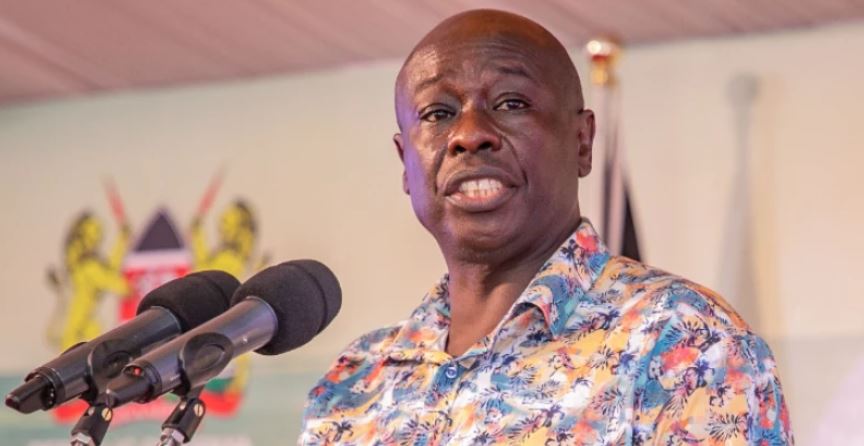 Deputy President Rigathi Gachagua has spoken out against allegations that the Kenya Kwanza government has “captured” the Judiciary.

In September, Opposition Leader Raila Odinga accused the new regime of trying to control the Judiciary by increasing its budgetary allocation to Sh2billion annually and appointing the six judges who President Uhuru Kenyatta had rejected.

Odinga said the moves amounted to bribery, adding that the role of allocation of judicial funds was a function of Parliament.

“There is clearly a push by the Executive to own the Judiciary through illegal actions that amount to bribery. That is the reason for the rush to appoint six judges and to allocate money to the Judiciary,” Raila said.

“Financial allocations to institutions and State agencies are done by Parliament based on a scrutiny of budget proposals presented by the institution. In this case, the Executive has given itself that role. It is a plain attempt to capture the Judiciary through bribery.”

But speaking on Thursday in Kilifi, DP Gachagua said it is impossible to control the Judiciary.

“We have been accused of capturing the Judiciary. I don’t think anybody can capture the judiciary. If it was possible, Dr Ruto wouldn’t have been the president of Kenya today,” he said.

The DP assured that Kenya Kwanza government has no intention of capturing the Judiciary. He said the government is keen on maintaining the independence of the Judiciary by giving it the necessary support to carry out its duties.

“Our government will continue to support independent institutions. I want to give an undertaking to the people of Kenya that President William Ruto and I and the rest of us will not pick a call, summon a judge and or any magistrate and ask them to rule in a matter in one way or another,” he said.

Hamisa Fumes As Radio Presenters Discuss Her Son With Diamond < Previous
Government Announces Recruitment of New Teachers Next >
Recommended stories you may like: