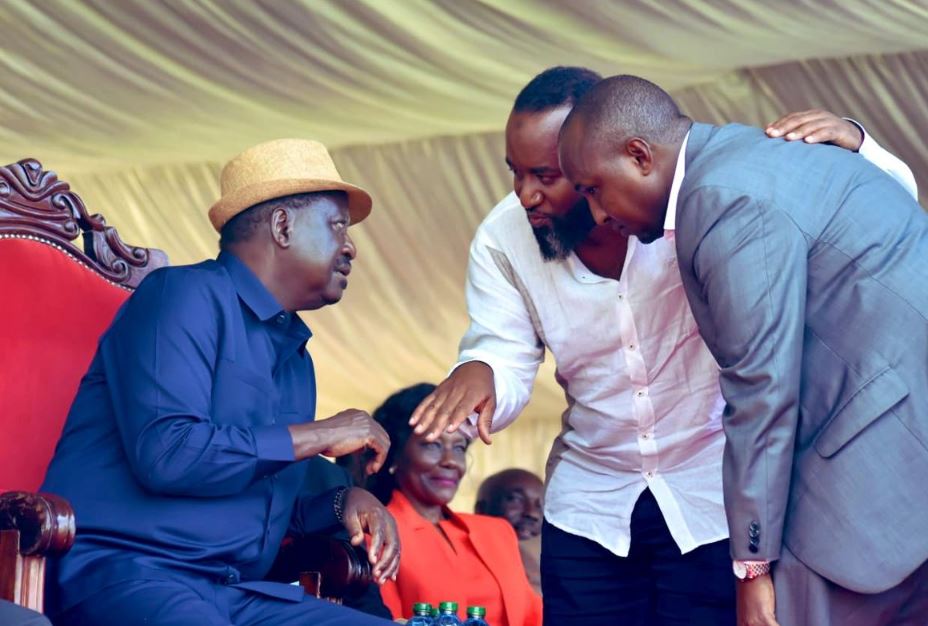 Raila’s Leadership WeaknessesOn 6th of October 2022, the speaker of the lower house, Moses Wetangula delivered the much awaited ruling on who was the rightful leader of Majority between Kenya Kwanza’s Ichungwa and Opiyo Wandanyi of Azimio.

The ruling tore the lower house into two, with one party (Kenya Kwanza) supporting the speakers decision that they were the rightful majority and the other (Azimio One Kenya) vehemently opposing it.

The decision was so polarizing and heated that our ‘honorable’ members of parliament are said to have exchanged a few blows, with Azimio members going as far as trying to steal the maze, which indicates the house is officially in session.

Whereas the ruling gave us a sneak peek into the character and conduct of our honorable MPs, it also revealed the opposition leader’s major leadership weakness: administration.

During the deliberative session, the secretary general of Azimio, Junet Mohamed, tabled the official coalition agreement which revealed the chaos that was the Azimio coalition.

According to the house speaker, the main coalition’s agreement, consisting of over 20 parties, could not pass the scrutiny of an official legal argument; it was not properly signed, some pages were blank, and pagination was inconsistent.

Whereas he is a prolific opposition leader, he is not a proper manager/administrator. He fails to hire the right people, rewards yes men, and is poor at following up.

For a coalition that had the then president as its chair and was allegedly state funded, the coalition hired the wrong people to fill its most crucial positions.

For example, the secretary general position was handed to Junet Mohammed, a prolific politician but a poor manager.

Further, Rafael Tuju, who proved himself an entitled bully during his time as secretary general for the jubilee party was appointed as the Executive Director of the coalition’s secretariat.

It is because of these crucial appointments among others that the coalition failed in almost everything. For instance, they failed to organize the coalition in a way that allowed its MPs to be members of the coalition, a fact that was pointed out by the house speaker when delivering the ruling on who was the right leader of the majority in parliament.

Further, they failed to organize the coalition in the right manner. Some member parties, including Alfred Mutua’s Maendeleo Chapchap and United Democratic Movement claimed they were never given the coalition’s official agreement despite writing numerous request to the coalition’s leadership.

Raila’s appointment of the lead presidential agent was also another big embarrassment.

For instance, during the hearing of the president petition, its lawyers agreed that the coalition did not have agents in certain regions, including the populous Mt Kenya region.

How did the presidential agent ignore the need for election agents and why? Surely, it was not because of money.

Moreover, how did Raila fail to enquire if the party agents were on location at such a critical time?

The opposition leader’s supporters have accused his inner circle for sabotaging him.

Whereas these accusations have not been ascertained, his inner circle failed him, not intentionally, but out of incompetence.

However, regardless of who among them is to blame, the buck stops with Raila for appointing them in those positions in the first place. Going into the future, Raila should consider how he makes appointments if he is to ever lead this country.

In one of his most popular speeches in the 12th parliament, Junet Mohamed advised the then UDA members, who had been pushed out of the Jubilee party, to be yes-men. He said he had gotten where he was by being an absolute yes-man who did not ever question his party leader.

This revelation, although in the past, shows the type of leader Raila Odinga has always been. He does not reward competency and party loyalty; he rewards yes-men.

These are people who do not question his decisions; they only implement them. It would be difficult to even imagine them offering any alternative views or ideas.

And true to his word, the opposition leader rewarded him by appointing Junet as the secretary general of the Azimio One Kenya Coalition.

Junet is not the only Member of Parliament who has insinuated to this fact. In fact, many people who have since left the ODM party have accused Raila Odinga of leading the party in such a manner.

For instance, Isaac Mwaura who decamped to Jubilee lamented there was no room for growth in the ODM party because it was being ran as a personal property.

Moreover, Ababu Namwamba, who also decamped to Jubilee after serving as ODM’s secretary general, lamented about the same problem.

All these complaints point to Raila Odinga’s habit of rewarding yes-men instead of competency, and running the party like a personal property.

The appointments should have been made based on competency and in agreement with the members’ preferences.

Going forward, the opposition leader should consider dropping yes-men for smart people who will give him varied opinions and better ideas. No one knows everything no matter how good they are in what they do and Raila Odinga is no exception.

Raila and Not Following Up

It also occurs to anyone who cares to look that the prolific opposition leader is not very good at following up.

His hands off approach is clearly not working for him. The biggest mistake a leader can make is to appoint incompetent people and not follow up on what they are supposed to be doing.

For instance, member parties complained on numerous times about the opaqueness of the coalition’s agreement.

Whether intentionally or unintentionally, the coalition leader did not bother to look into the matter.

Consequently, some member parties, such as the Chama Cha Mashinani left the coalition even before the presidential election was held.

This hands off approach led to the largest coalition in terms of member parties providing an incomplete coalition agreement to the registrar and the speaker of the lower house.

This issue was not because of financial or personnel shortages; it was caused by all the three factors combined. As old wisdom dictates, we never stop learning; for Raila, the next lesson should be how to be a hands on manager/leader.

Whereas Raila Odinga is prolific politician and opposition leader, the running of the Azimio One Kenya Coalition show that he is a poor administrator/manager.

He appoints incompetent people, natures a yes-man culture around him by rewarding yes-men, and fails to follow up on what his appointees are supposed to do.

Consequently, his coalition has suffered a couple of embarrassments, including presenting an incomplete and illegal coalition agreement to the registrar and speaker of the lower house, and failing to present party agents in some regions during the 2022 presidential election.

Going into the future, particularly the 2027 general elections, Raila should learn how to hire the right people to fill crucial positions, reward competency, and follow up on his appointees.

Learning these lessons will make him a prolific politician and excellent manager/ administrator.

Things To Know About Government Securities < Previous
My Life in Crime – How Call of Nature Saved Me From Mob Justice Next >
Recommended stories you may like: