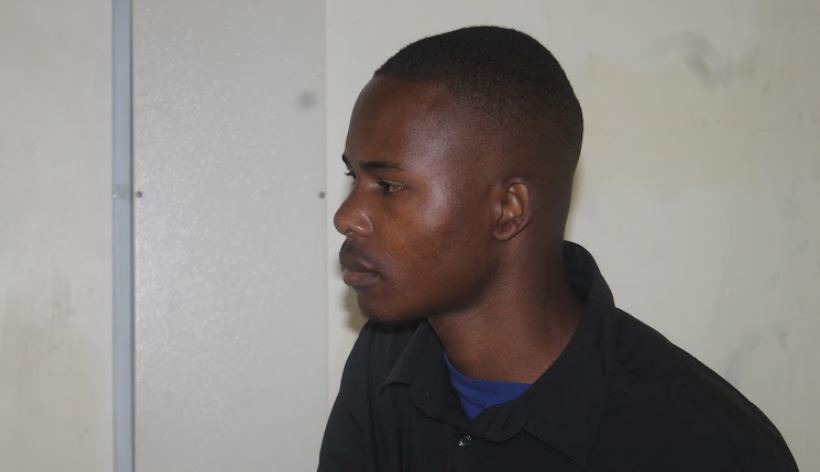 A man found guilty of raping and robbing a waitress while threatening to stab her with a kitchen knife has been sentenced to 10 years in jail.

Charles Mbusiro was last week found guilty of the offense he committed on December 4, 2019, at Uthiru Muthua along Kangodo road in Dagoretti sub-county.

The victim told the court she was working as a waitress in Githurai 45. On the day she was attacked, she said was trying to open the gate when the accused accosted her.

“I was using my phone as a torch when he attacked from behind. Armed with a knife, he pushed me to a bush and threatened to kill me if I dared to scream,” she told the court.

The convict then forced her to undress and perform oral sex on him while threatening her with a knife.

“He slapped me hard and told me to be silent, he had a knife and a Maasai rungu,” she testified.

The victim said he raped her and then forced her to wipe her body using her t-shirt before robbing her.

“Later, he asked me what I had in my M-Pesa. I told him I had Sh130 and he took my phone and forced me to insert my pin. He then transferred Sh636 to himself,” she said.

The court also heard that Charles Mbusiro used his teeth to destroy the SIM Card after he had forced her to delete the messages.

In his defense, Mbusiro claimed the woman was his lover and had sex with her after she agreed to it.

During the ruling last week, Kibera senior principal magistrate Phillip Mutua termed the offense as inhumane. He noted that Mbusiro’s defense was weak and unreliable.

“The accused person’s evidence that he was well known to the victim does not hold any water. The victim said she had never seen the accused person until the day the offense was committed,” he said.

“The offense was proved and upon considering your mitigation and submission, I sentence you to 10 years for rape and five years for robbery with violence charges,” Mutua ruled.

Retired Ministry Official in Court For Defrauding Businessman of Karen Land < Previous
Minor Denies Father Defiled Her, “He Was Massaging Me” Next >
Recommended stories you may like: