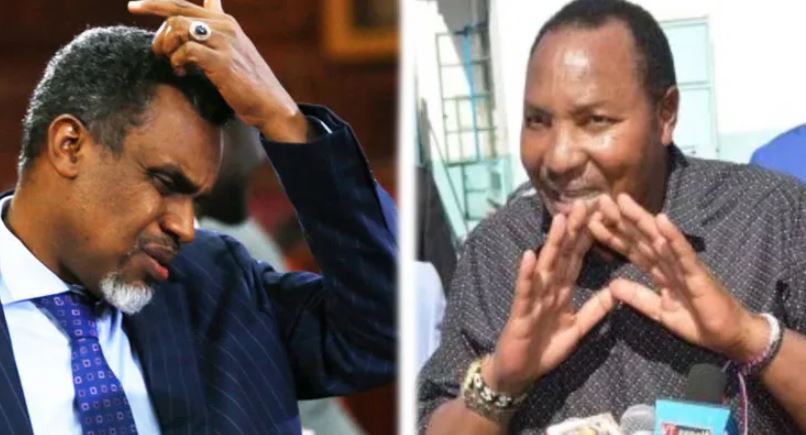 The Director of Public Prosecutions Noordin Haji has dismissed media reports that the Ksh.588 million corruption case against Ferdinand Waititu has been dropped.

Various media outlets had reported that the former Kiambu governor was off the hook after the High Court granted orders of prohibition following an adjournment request filed by the legal team of five of the accused persons.

The Office of the Director of Public Prosecutions (ODPP) clarified that the orders prohibiting prosecution relate to Waititu’s co-accused.

“Contrary to media reports, the High Court has not dropped anti-corruption charges against Ferdinand Waititu but has only granted orders of prohibition in respect of five (5) of his co-accused persons who are members of the tender evaluation committee,” said DPP Noordin Haji on Thursday in a statement signed by Victor Mule on his behalf of.

The ODDP indicated that it will appeal the prohibition orders

“The ODPP being dissatisfied with the decision of the High Court has initiated an appeal in the Court of Appeal against the whole of the decision and intends to proceed with the case against the other accused persons including Ferdinand Waititu which is still pending before the Chief Magistrates court at Milimani Anti-corruption Division.”

Haji also noted that the Hig Court issued the prohibition orders after the accused individuals moved to court to challenge the constitutionality of the corruption case.

“The petitioners sought a declaration that the prosecution of the case which is ongoing before the Chief Magistrate’s Court in the Anti-Corruption Division is unconstitutional and amounts to an abuse of the legal process,” Haji’s office said.

Waititu and his coaccused are accused of benefitting from the irregular awarding of a Ksh.588 million road tender.

Cherargei – Moses Kuria, Jumwa Will Be Best Performing CSs < Previous
Jalang’o – Why MPs Should Manage Ruto’s Hustler Fund Next >
Recommended stories you may like: