Sometime last week, a video was shared on social media spaces showing the heartbreaking moment a woman confronted another at the Jomo Kenyatta International Airport(JKIA).

In the three-minute video, the visibly agitated woman identified as Nelly Jelagat is seen trying to go for the jugular of a woman she identified as Salome.

Jelagat is heard saying that Salome was an employment agent who sold her to Saudi Arabia and left her to die.

Shockingly, the said agent can be seen laughing after some members of the public freed her from Jelagat.

Jelagat has now come out to reveal the distressing circumstances that understandably triggered her aggressive reaction at the sight of Salome.

Speaking to the Nation, Jelagat said in June last year, a neighbour approached her with a job offer as a domestic worker in Qatar.

Seeing as she was jobless, Jekagat grabbed the opportunity with both hands. She needed the job to raise money for her only daughter’s high school education.

“When the man approached me saying that an opportunity had presented itself in Qatar, I just thought about my daughter, who is in class seven now,” she said.

“I don’t have money and I am from a humble family and even my parents cannot afford to help me educate her.” 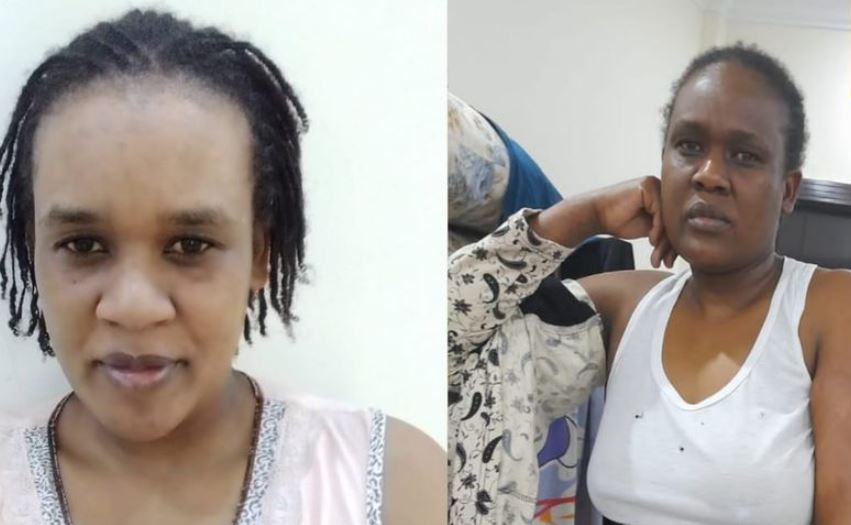 Two months later, Jelagat and three other women girls from Nandi travelled to Nairobi to undergo mandatory training for one month and two weeks.

At the training centre, however, Jelagat was shocked to learn that they were destined for Saudi Arabia and not Qatar.

“When recruiting people from rural areas, they woo you by lying that you will be taken to Qatar, because they know that the situation is better in Qatar, only for you to be taken to Saudi Arabia,” she told the Nation.

The single mother absconded from the training and returned home to Mosop in Nandi North. Ironically, this is when her woes started.

Days later, the recruitment agent – Salome Kimani – started threatening her that she would see to it that Jelagat rots in jail for escaping after being trained.

Salome demanded a refund for the training, which ultimately forced Jelagat to take up the job in Saudi Arabia.

Jelagat and seven other women traveled to Saudi on November 9. She was picked up by her new boss and taken to Arar in northern Saudi Arabia, her new home for over five months.

Jelagat told the publication that the boss treated her well for the first two months. She would get ample rest, waking up at 7 am and going to bed around midnight or 1 am.

This however changed in the third month after her boss started overworking her. She would get up at 7 am and go to bed at 5 am. Sometimes she would go a day without food.

“At the house where I was working, the extended family lived together. I would wash the whole house, which had 38 rooms, daily but it also changed and I would also wash another one with more than 30 rooms. I tried to complain to my boss but nothing changed,” she said.

Jelagat said her boss’ children also mistreated her and could call her names. The family’s daughter, who was a police officer, would threaten to kill her if she told anyone about how her situation.

In May, the situation became unbearable and Jelagat asked her boss to be taken back to the office that received her from Kenya-Ebdaa Watan Recruitment. 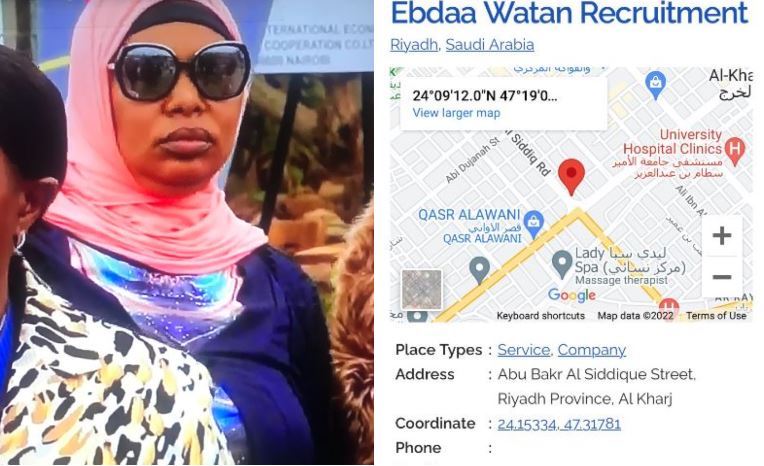 But things only got worse. After spending two months at a hostel provided by the office, she got a new boss.

Jelagat worked there for only 10 days as her boss denied her food. The boss also worked her for long hours and accused her of stealing from the family.

She was returned to the office, which sent her to a holding facility, where she and others received only one meal a day with no clean water and no communication with their families.

Officers at the facility would also beat them sometimes, she said.

“I saw people dying at the holding facility, people were sick but no one was taken to the hospital. You are just left on your own. I was beaten like a child but I am happy to be alive,” she said.

Jelagat requested the agents to repatriate her back to Kenya but her pleas fell on deaf ears. She tried to reach out to Salome, who asked Jelagat’s family to contribute Sh150,000 to facilitate her return to Kenya.

The family was forced to sell three cows and four sheep that Jelagat had bought using her savings.

After receiving the money, Salome went silent. Jelagat was then deported to Kenya this month.

At the JKIA, Jelagat said she was pained that Salome was there yet she went missing when she was being mistreated in Saudi Arabia.

“I was in pain when I saw Ms Kimani at the airport to receive me and yet she never bothered to help when I needed it. She blocked me and told the agents I should not be deported back.

“My family went through a lot in her hands. They had to sell the little I had struggled to acquire in order to secure my freedom. I leave everything to God. Maybe she saw there was nothing I would do for her. I just want to thank everybody who came to my rescue. I am alive because of them.”

Jelagat is currently staying with a relative in Eldoret as she seeks treatment at Moi Teaching and Referral Hospital.

She called on the government to intervene and rescue many other Kenyan girls who are trapped in the Gulf.

“Many girls are in Saudi Arabia, going through a lot. Many are dying yet these agents are doing nothing.

“The government should bring back the girls in Saudi Arabia and close the [agents’] businesses or else we will continue losing our women there as they have no one to help them.”

PHOTOS – Diana Chepkemoi Brought “Back To Life” As She Rejoins Uni < Previous
Everything Trending in Nairobi This Thursday Next >
Recommended stories you may like: