Tabitha Karanja on Fuel Allowance: “I Was Looking Out For Young Senators” 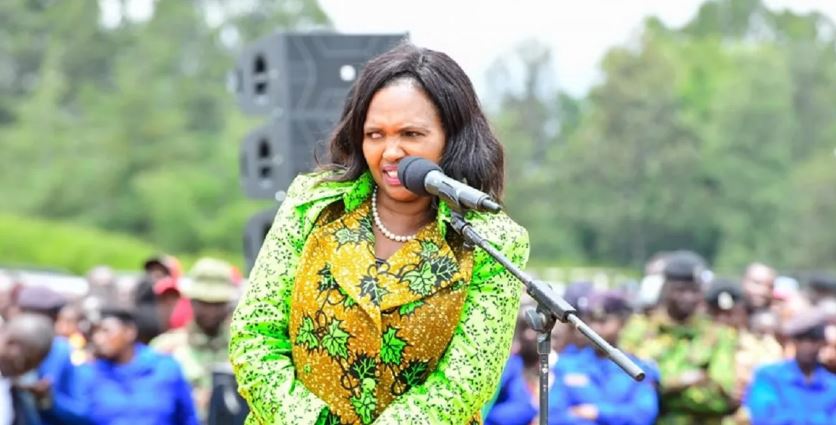 Nakuru Senator-elect Tabitha Karanja has explained her recent calls for Senators to be accorded a fuel allowance.

Speaking during a church service at Lamudiarc High School Grounds in Nakuru on Sunday, September 4, the Keorche Breweries founder asked President-elect William Ruto to introduce a kitty for senators to fuel their vehicles in the line of duty.

She argued that Senators don’t have any funding besides their salaries.

Loosely translated, “After joining the Senate, I have just realized that senators don’t have any special fund. You know I have to travel to Kuresoi South and Kuresoi North to ensure the governor is well-advised on matters of value addition. I am urging our fifth president to consider introducing a kitty for Senators to help them fuel their vehicles and do their work efficiently.”

On Wednesday, September 7, Karanja clarified her remarks saying she was looking out for other Senators who might not have the means to fuel their cars.

Speaking during the Senate orientation programme, the businesswoman admitted that she was not aware that such a kitty already exists.

“People got surprised when I requested for the fuel kitty…. after going through the orientation, I have seen there is something I didn’t know, but it is already available there, we are well taken care of so sitauliza hio mafuta,” she said.

“….now I have seen everything is taken care of mortgage, cars…people are given all of that. I was just asking as a leader, how does it go.”

Tabitha Karanja added: “I was not asking mafuta for myself actually, because I know, for me, with or without, I would do it. But I was just looking out for a young person coming in and I thought does it mean that for you to become a senator you must be somebody who is already established?”

Excuse my French but what a load of crap!

Duale Demands Sacking of Cherera and Rebel IEBC Commissioners < Previous
Why Gideon Moi Had To Undergo Surgery (PHOTOS) Next >
Recommended stories you may like: