Rigathi Gachagua Denies Bad Blood With Uhuru: “We Will Have Tea” 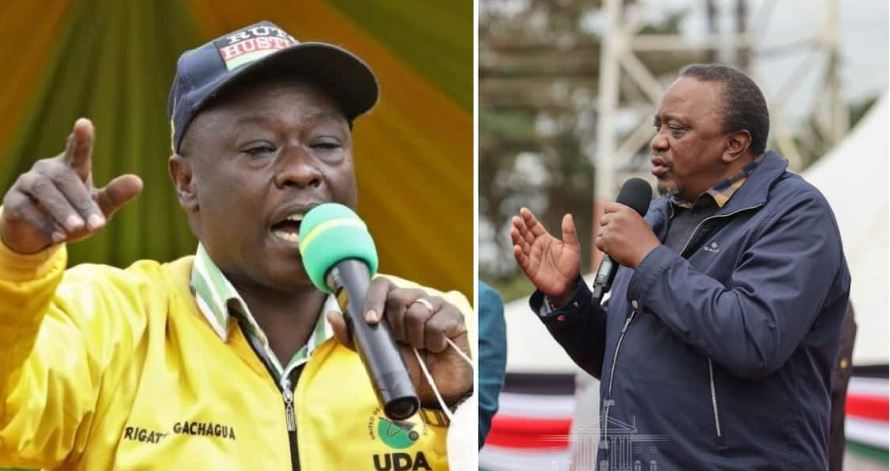 Deputy President Rigathi Gachagua on Sunday said there is no bad blood between him and former President Uhuru Kenyatta.

Speaking in a TV interview on Sunday, the former Mathira MP explained that their differences were not personal.

Gachagua said he enjoys a 20-year friendship with Uhuru, and that his reported hostility towards him was just politics.

“We have no problem with the outgoing President Uhuru Kenyatta, we wish him well in retirement and in fact myself, he has been my buddy for 20 years. When things settle down I will look for him,” he said.

“This was all politics, there was nothing personal. He wanted this way and I wanted another, I have won he has lost and we move on. And I will look for him we have a cup of tea, we have a chat and catch up on the good old days.”

Gachagua also defended his inauguration day speech where he launched a scathing attack on Uhuru’s administration.

The DP said his remarks were motivated by the need to tell Kenyans the truth rather than a personal vendetta against Uhuru.

Gachagua said he will continue telling Kenyans the truth. He also denied that his attack on Uhuru may have rubbed the former president’s supporters the wrong way.

“I have every regard for [them], and I know they also agree with me because the cost of Unga is up, the fact that they did not vote for me has not made Unga cheaper,” DP Gachagua said.

“The fact that they did not vote for us does not mean they have money in their pockets, the issues we were talking about were not about our supporters, they were about all Kenyans.”

“My Salary is Enough. I Don’t Need More Money”: Gachagua on Doing Business With Govt < Previous
Pastor Deya To Face Charges of Stealing 5 ‘Miracle Babies’ Next >
Recommended stories you may like: