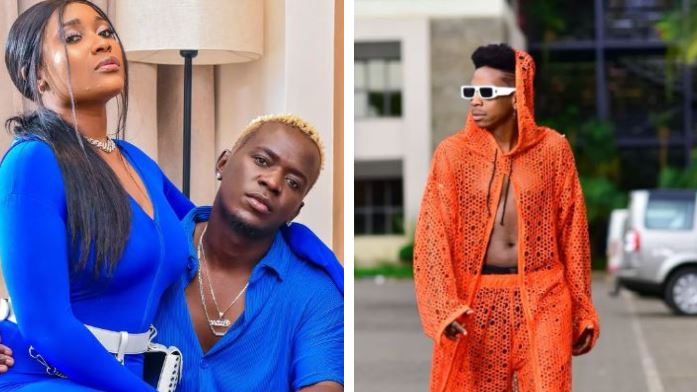 Comedian Eric Omondi has approved whatever singers Willy Paul and Jovial are up to.

The controversial hitmaker and his signee have set tongues wagging with their supposed love affair. Willy Paul and Jovial appear to have taken a page out of Diamond and Zuchu’s book by posing as lovers to get the people talking.

And talked they have, with Eric Omondi joining the conversation in praise of Willy Paul and Jovial.

According to the self-proclaimed gatekeeper of the Kenyan showbiz scene, what the two singers have been doing is exactly what he has been demanding of Kenyan entertainers.

“Attention Kenyan artistes and entertainers!! This is exactly what I’ve been talking about!! I’m liking this. I don’t know and I don’t care whatever is going on here but this is pure showbiz and I’m loving it,” wrote Omondi.

The comedian opined that showbiz is what separates Kenyan artistes from their Nigerian and Tanzanian counterparts.

“My point is we know you have the talent but so does(sic) Tanzanians and Nigerians. So they only beat us in Showbiz and trust me, that’s where the money is. This is pure showbiz and quite entertaining,” said Omondi.

He went on to lecture fellow Kenyan entertainers, telling them to quit being boring and bland.

“What you guys call clout is what brings Diamond here and he bags milions. Stop boring us!! Stop being flat and tasteless!! Stop being redundant and predictable. Spice it up and you’ll see the results and thank me later!

“Kenyans Amaze Me!” Vera Sidika Calls Out Fans For Their Double Standards < Previous
Juliani Denies Snatching Lillian Ng’ang’a From Alfred Mutua Next >
Recommended stories you may like: