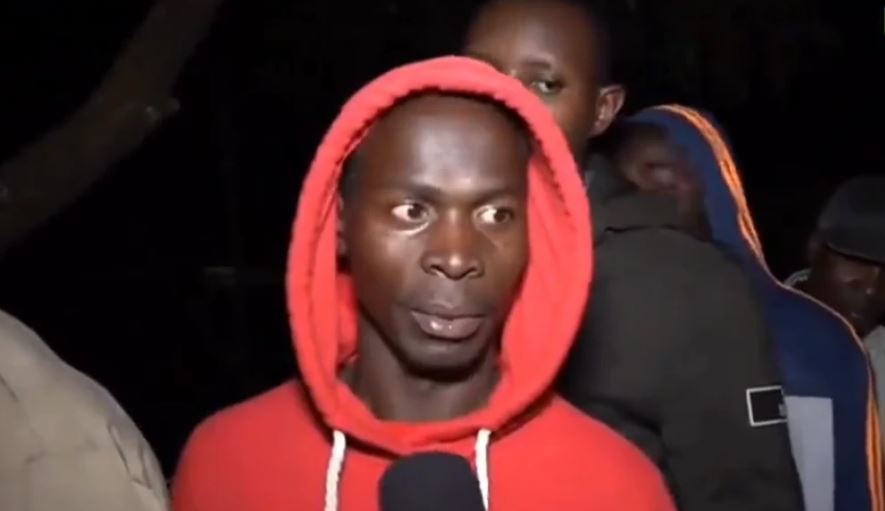 Like Githeri Man in 2017, this year’s General Election has produced an online sensation in the form of Dennis Ombogo, who has since earned the nickname ‘Sina Maoni‘ man.

Ombogo went viral during the August 9 General Election after saying he didn’t have an opinion during a live broadcast on Citizen TV covering the voting exercise in Uasin Gishu.

So popular was Ombogo that some unknown people cashed in on his fame by printing and selling T-shirts bearing his face.

Also looking to ride on his fame for some publicity is the popular travel and tours company, Bonfire Adventures.

The Simon and Sarah Kabu family-owned firm has offered ‘Sina Maoni’ an all-expenses paid holiday, just like they did to Githeri Man.

Sina Maoni man confirmed the offer saying they were yet to discuss all the details of the trip.

“I have been contacted by Bonfire who texted me saying that they need me. We have not discussed further details,”  Ombogo said. 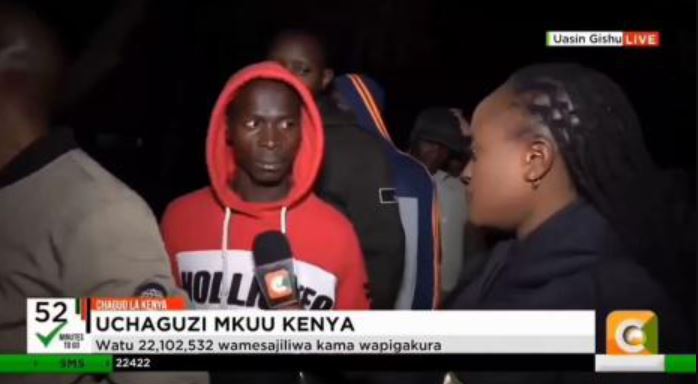 Born in Kisii County, Ombogo currently works as a mechanic. He dropped out of school after completing his primary school education and has been surviving on casual jobs.

“I did not attend high school. I joined jua kali early. I did not join because we lacked the money. I am the fifth born in a family of 8. Only one sibling got to Form Four and he is set to sit his exams this year.

“I started out in mjengo (construction work) in 2010 in Kisii. I have also worked as a handyman at a homestead. I loved mechanics and I found someone who brought me to Eldoret where I started this job,” he said.

Ombogo, a father of one, also sent out a job appeal to President-elect William Ruto or his area Member of Parliament, Oscar Sudi.

“I work at a mechanic shop in Eldoret and I have a very good relationship with my boss. I work daily and make average of Ksh2,000 but it fluctuates.

“I would like the president-elect to give me a job. I can’t choose a job I want but will do whatever I find. I can even do casual job,” Ombogo said.

Diamond Names Heiress of his Multibillion-shilling Empire < Previous
The Trending Memes and Tweets This Wednesday Next >
Recommended stories you may like: