One on One With Amref Flying Doctors CEO Steve Gitau 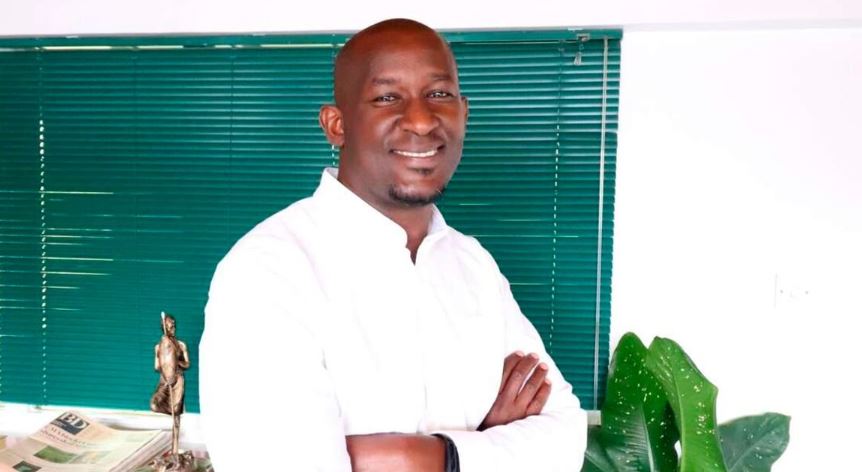 Steve Gitau is the CEO of Amref Flying Doctors, one of the top providers of safe and professional fixed-wing air ambulance services in Africa.

Gitau is a trained economist and was a finance manager before he joined Amref as chief financial officer.

He spoke to Jackson Biko for the Business Daily.

Did you ever see yourself where you are in life?

Interesting question. No. I’m an economist by training who also did CPAs. My first job after university was with KPMG, in audit, for about four years before I left and joined TNT Express. For seven years, I was the finance manager. I later joined Amref as chief financial officer and the rest is history.

Has doing what you do changed your sense of compassion?

Absolutely. It’s made me appreciate the gift of life and good health. Never take for granted the fact that you woke up today. We see horrible things. Two weeks ago, we evacuated a guy from Yemen to South Africa. He was in a gas explosion at his home with his wife and three sons.

Two of his sons were burnt to death. The wife had 90 percent burns, the other son 70 percent. The wife died two days after the evacuation, the son a week after. This is a family man who a week ago had a wife and three sons but in a week had no family. When you see things like this daily, it changes your perspective of life.

What have been some of your leadership lessons so far?

First, I hate the word sir. Titles distract. One of my biggest lessons is that you never really know you are ready for leadership. You might get the sense that you’re ready for bigger things, for more responsibilities but once you get to the office, it’s a different animal.

I became CEO in October 2019 and Covid-19 was upon us in March 2020. It was a big period of change; sending my teams to get a Covid patient when the disease was unknown. I’m talking about sending a young guy with a young family to harm’s way.

It was very difficult to find the words to encourage him to get the job done because there are patients on the other end who can’t breathe and need to be in a hospital immediately.

My biggest discovery has been that when you lead people they depend on you for answers and solutions. Most times you don’t have them but you have to find it in yourself to encourage and inspire them, to lead by example, and show them it’s possible.

Where do you get your courage and inspiration from?

Wow! That’s a tough one You’re getting me to have to think. [Laughter]. You know what [Pause] I’ve never thought about it. But I think I’m inspired by successful missions when I read a report that someone we rescued last week is doing much better, clients who call back to say thank you.

I especially get inspired by our pro-bono work. We airlifted a man who had been mauled by a hyena in northern Kenya, he survived the attack. That inspires me.

What do you remember about your childhood?

I grew up in Sagana. I was raised by a single mother, in a family of two. I’m called Wambui after my mom. In my class, I was the only boy with a woman’s name. Of course, it intrigued my classmates. Having a surname like that got me a lot of attention in school.

My mom is a retired teacher, and for some time I was the only child. I got all the attention. But also because she taught in the same school I attended, she had certain academic expectations of me. There was pressure to be disciplined. She didn’t want to be embarrassed. [Laughs].

My extended family was very strong. My uncles came strong for me. I never felt the absence of my father because every holiday my mom would ship me to live with different uncles, so there was always a father figure in my life including my grandfather who was a very strong man, a staunch Seventh Day Adventist.

If you were to find your dad seated waiting for you in your office, what’s the one question you’d ask or what would you tell him?

[Pause] I last saw my father in 1986. He came to visit and we went out with his friends. I remember seated in a bar with my toys, having a Fanta, as they drank their beers. He disappeared from our lives after that. This is my last memory of my dad. I was in Class Three.

I don’t have any connection with him so if I met him I don’t think I’d be curious enough to ask him a question. [Pause]. Maybe I’d ask him why he didn’t get in touch with me.

I think he made a mistake because I turned out well. But it’s not all lost, he gave me good characteristics. He was a good businessman, I’m very entrepreneurial. He was outgoing, I’m outgoing.

Do your children ask about him and what do you tell them?

Good question. One time one of them asked ‘Why doesn’t Cucu [grandmother] Wambui [my mom] have a husband?’ [Laughs] I have three children; two sons and a daughter. So, 15, 12, and the girl who is 6.

The second born is the one who likes asking this kind of questions. He asked this one on a Sunday morning – in front of everyone. [Laughs]. I was caught unawares. I plan to tell them the whole story, just waiting for the girl to grow older and do it once because I don’t plan to keep telling that story. [Laughs]

What emotion do you feel when people talk about their fathers?

I can’t relate. I don’t have such stories to tell but I have stories about my uncles and grandfather. However, I think having a father is such a special thing. Breaking up with the mother of your children isn’t a reason to break up with them.

I once played golf with a 70-year-old man with four children; two daughters and two sons. He said that his daughters call him daily but he can go a month without speaking with the sons, because of any disagreement. He just didn’t spend enough time with them growing up.

He was busy working and travelling. But when he had the girls he slowed down and spent more time with them. He told me one thing I’ve never forgotten: ‘If you don’t spend time with them when they are young, do not hope that they will give you attention when they’re older’.

What do you fear for your daughter?

You don’t know what being a dad is until you have a girl. Our relationship is special. She hugs me when I go home, and cries when I leave. I look at the boys as guys who can fend for themselves; they can go out there and discover what life is.

For the girl, I’m not sure. I fear for her. I ask myself ‘what should I do as a father to cushion her from the cruelty of life?’ I realised there’s probably not much you can do. You have to do the best you can. Educate her well. Invest in her. Be a shoulder.

Just like everyone else she will have to discover what life is by herself. You cannot take away that experience from her.

That’s a beautiful answer. What has playing golf taught you about human beings?

My story of golf is about one of our uncles pushing us to join clubs. He kept insisting. I eventually succumbed to his pressure and joined the country club in 2011 when I could barely afford it. I have learnt a lot about family while playing golf.

He also encouraged me to bring my family to the club, and expose them to the things I love. It’s the only way they will understand. They will never say dad spent all his time playing golf. Bringing them along creates an important platform for you to hang out with your children.

The kind of conversation you have with your children out at the club is different from the kind you have at home.

I’ve learned people’s characters, the importance of taking your successes in stride, staying humble, and not getting annoyed when things are not going your way because golf brings out a guy’s character.

You spend five hours with a guy and you see how he reacts when he’s disappointed. Some guys are so annoyed they want to break the clubs or beat the caddy. When some guys win you’ll never hear the last of it. Some guys will try to cheat on scores.

If we removed humility from this table and we asked you, Steve, what’s one of your strongest strengths that has led you to where you are right now, what would that be?

I don’t give up and I’m ready for the hard work. Brute. I’m ready. Which is a lesson that I learnt young from my mother who made me do things I hated to do. And you know they say lessons learnt young last a lifetime. So I think that the ability to get a job done, whatever the circumstances.

If you need to walk you walk, if you need to dig you dig. Whatever needs to get done gets done. It has helped me because I’ve been able to go an extra mile where some guys have said ‘ah hii wachana nayo‘.

But beyond that, to be very honest Biko, I’ve been very lucky and very blessed. I’ve been a guy who’s almost gotten everything I’ve wanted.

What’s been your most difficult season in life?

I lost two close friends during Covid-19. One of them was a captain called Denis Wanderi. He used to fly with ALS. When he fell sick we picked him up with our ambulance on a Saturday morning. He was in the ICU for 25 days. Never made it. Only 41.

During his funeral, the pallbearers were all captains, all wearing their uniforms. As they carried his casket a song by Gramps Morgan played.[Mumbles song offkey] if you’re the kind of a person who lends a hand to the weak…there is a place for people like you. [ Title; People like You]. Beautiful song, I had never heard it before and now I will never forget it.

As they carried Wanderi’s body I was thinking, my God, is this true? Is this Wanderi in a wooden box? Him who gave me my first cigar cutter, got me a camel sculpture from Chad, and gave my children their first mortal kombat video. Now gone. I cried.

The last time he called me was when he landed at Wilson Airport and asked if we could have fish but I was busy. What are we busy with anyway? I wonder if it was a goodbye he was saying.

Career Path With Corporate Physiotherapist and CEO of Stellar Physio Wellness Clinic < Previous
CRAZY – The Funny Memes Going Viral on Social Media Next >
Recommended stories you may like: