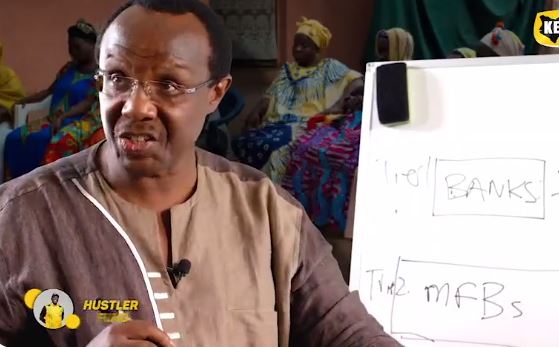 As the nation holds its collective breath, it is clear that the only people who don’t know who the 5th president of Kenya will be are the general public.

Both Kenya Kwanza and Azimio had their own tallying centres, and so did the media.

Up until Thursday afternoon, the mainstream media provided Kenyans with a constant flow of updates, but that abruptly stopped for unknown reasons. This has left Kenyans at the mercy of IEBC and their excruciatingly slow but meticulous process, which means we may have to wait until at least Sunday to a formal declaration.

With over 46,000 forms to tally, only a team of people could conclude the process in a timely manner. That means that while anyone can access the forms on the IEBC portal, only a select few have the final tally.

So far, what IEBC is declaring after receiving the physical forms matches with what was uploaded on the system, which means there should be very little deviation after the final count.

The noise and fake tallies that have flooded social media since Wednesday have subsided, with people now looking up to the IEBC.

Kenya Kwanza’s economics pointman David Ndii is however dropping hints on Twitter that their side will prevail.

Responding to a Twitter user who accused the political parties of non-preparedness, Ndii stated that his side had completed the tally, but had chosen not to release their final tally.

“On tallying, it’s very clear now that no one — the parties, the media — understood the enormity of the task before hand. We used to put all the heat on the  @IEBCKenya. I guess now we all appreciate just how hard this process is.” @KamauWairuri posted.

Ndii added that their tallying centre had 300 people, and that they completed the exercise on Thursday. “We finished tallying yesterday. We had 300 people working two shifts. International media visited our centre yesterday morning. We’ve refrained from declaring because as an interested party we should not upstage the IEBC. The media has denied Kenyans an independent tally.”

Asked whether he was distancing himself from Dennis Itumbi’s earlier proclamations that Ruto was ahead, Ndii said that he stood by them.

“On the contrary, I confirm them, but they do not constitute a formal declaration,” he responded. 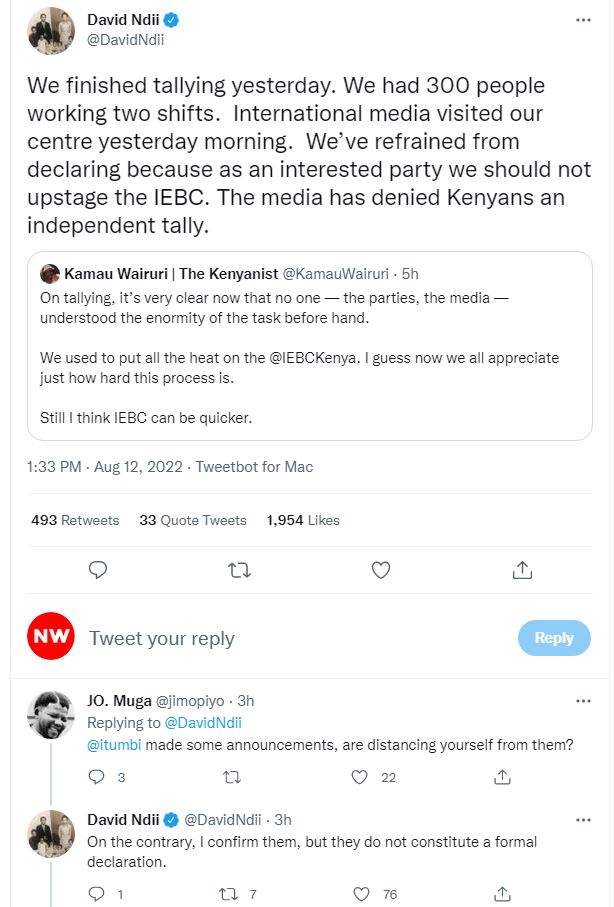 The IEBC still reserves the right to declare a winner, but the social media activities of different players are becoming key indicators of what they know internally.

What IEBC Did After Didmus Barasa Sent Agent to Collect Election Certificate < Previous
Didmus Barasa: A Stray Bulled Killed Brian Olunga Next >
Recommended stories you may like: