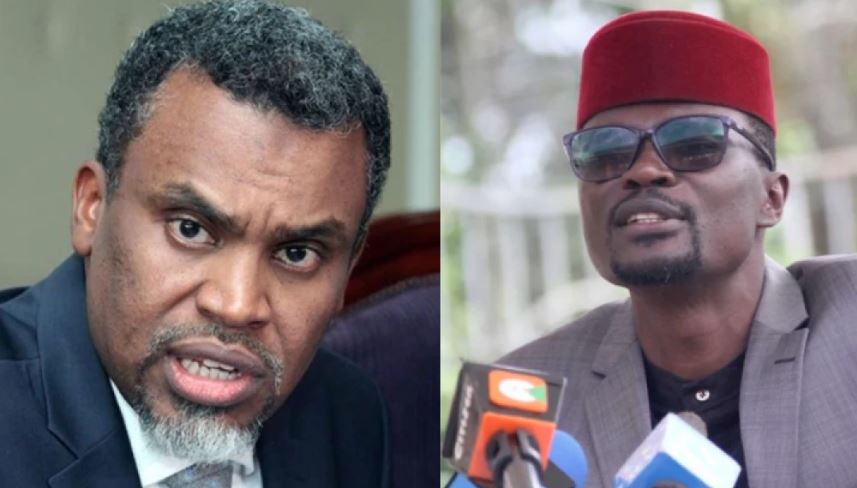 Wanted Kimilili MP Didmus Barasa has for the first time spoken about an incident where he is alleged to have shot dead Brian Olunga, an aide attached to his opponent Brian Khaemba.

Despite going into hiding, Barasa managed to tell his side of the story as his lawyers came out on Thursday in preparation for his impending arrest.

Barasa, through Senior counsel John Khaminwa, maintained his innocence saying investigations have not been conducted yet and he has already been persecuted.

“Take notice today that Messrs Khaminwa and Khaminwa advocates have filed an application on behalf of Barasa for bail pending arrest.

“As soon as the application is hearing and appropriate orders are made, you will be advised accordingly by the said law firm.”

Barasa also indicated that the negative publicity poses a risk to his life, hence his application for anticipatory bail.

The controversial MP also claimed that Olunga was killed by a stray bullet from his confidants.

“According to a reliable source, the deceased was part of a hit squad that was deployed from Nairobi and was in fact killed by a stray bullet due to wrangles with his confidants,” Barasa said as quoted by the Star.