Badi: When NMS Will Hand Over Nairobi To Sakaja 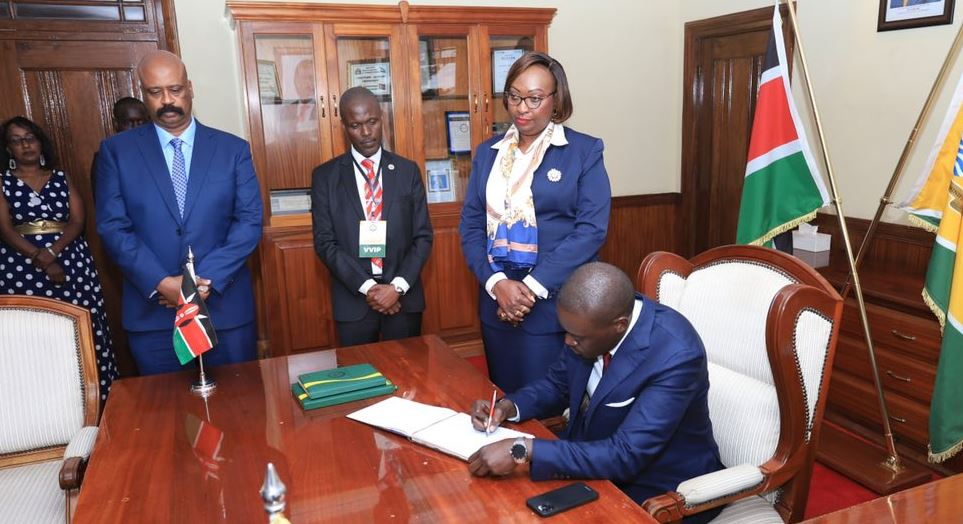 After two years in charge of some key Nairobi County functions, the Nairobi Metropolitan Services(NMS) is prepared to hand them over to newly-elected Nairobi Governor Johnson Sakaja.

Sakaja, alongside other newly-elected politicians, officially assumed office on Thursday as they took the oath of office.

Sakaja’s inauguration took place at the Kenyatta International Convention Centre (KICC) grounds and was attended by among others President-elect William Ruto and the outgoing NMS Director-General Major General Mohamed Badi.

In his speech, Badi said NMS will start the handover process to Sakaja next week. He also mentioned that NMS had accomplished a lot during his tenure.

“I am happy to report that NMS has accomplished all the tasks given to do within the two years.

“Any extra tasks that we have taken onboard, which are ongoing projects, I will be more than happy to hand over. We will start the process of handing over from next week.”

While congratulating Governor Sakaja, Badi pledged to work with him to improve Nairobi.

“As we wind up as NMS, I would like to personally and on behalf of NMS, pledge our support to the governor, we will always be available to work with you to make Nairobi great again,” he said.

I Stole Church Donations to the Poor Because I’m also Poor, Guard Tells Court < Previous
The Millions Sakaja Spent To Secure Nairobi Governor Win on Election Day Next >
Recommended stories you may like: