Wajackoyah To Use Ruto Wheelbarrows To Transport Marijuana 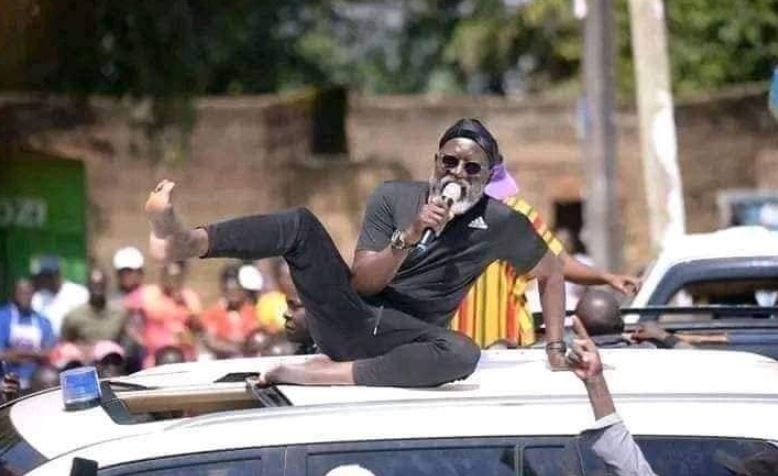 Prof George Wajackoyah has taken a swipe at Deputy President William, saying the Kenyan Kwanza presidential aspirant has been working for him.

In an interview with TV47, Wajackoyah reasoned that the wheelbarrows Ruto has supposedly been distributing will be put to good use should he win the August Elections. Wajackoyah said the wheelbarrows would be used to transport marijuana to the markets.

“When it comes to bottom-up, Ruto has been working for me. The good part of it is that he has given me a wheelbarrow to transport marijuana to the market. We shall not have a problem with transportation on the first 100 days,” Wajackoyah said.

“Maybe Raila is going to sell Opoda farm, how do you come up and tell people that I’m going to give you Sh6,000.  Where are you going to get it? That means Kenyans are going to be borrowing,” he said.

Wajackoyah also dismissed the claims that he is a project of one of the aspirants.

“If I say anything good about Ruto, you see Azimio people saying I have been paid by Ruto… or if I say something against Azimio, Raila’s people come in,” said Wajackoyah.

He reiterated that he is an independent candidate.

Amira Responds To Jamal Apology < Previous
First Lady Margaret Kenyatta Pledges To Continue Supporting Disadvantaged Groups In The Country Next >
Recommended stories you may like: