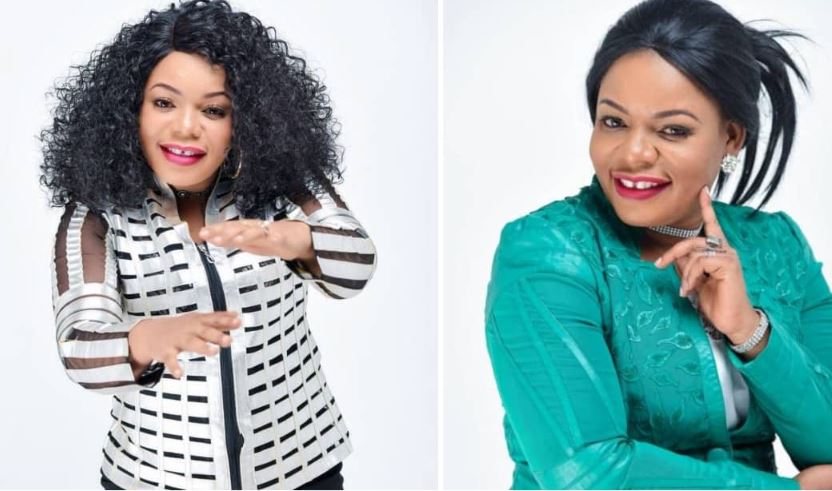 Anastasia Mukabwa is a Kenyan gospel singer who shot to fame when she released the song ‘Kiatu Kivue’ with Tanzanian songbird Rose Muhando.

Mukabwa, who rose from being a house help to a celebrated artiste, shares her story.

Introduce yourself and tell us about your background and how you came to know Christ.

My name is Anastacia Kakii Mukabwa. I was born in Busia County, at Budalang’i, in a small village called Ikhula but I was raised in Mombasa.  I am the second born in a family of six. Growing up in a staunch Christian family stirred my love for Christ and music as well.

At the age of 12, I lost my dad who was the breadwinner and this messed up not only my education but my entire being. My paternal family abandoned us, leaving us to fend for ourselves. It got to a point when I dropped out of school and worked as a housegirl for quite some time.

I remember during my dad’s funeral, my paternal family accused my mother of being behind my dad’s death and to prove her innocence she was to perform some rituals, including sleeping with the dead (my dad). Being a born-again Christian, she refused. This angered my relatives to a point where my mother was barred from participating in my father’s funeral. We buried him and the following day we were out of that home. His family took everything and left us with an empty house. We grew up like we had no relatives.

Many think that I am Tanzanian but I’m a Luhya who adopted the coastal life after facing rejection from our own family. We left home when I was 12 and never looked back until 2018 when we reconciled. We were away for more than 28 years.

You were once a house girl. Was it by choice or circumstances?

After burying my father we went back to Mombasa. When we got there, we found the house we used to live in had been given to another tenant.  We were forced to move to a single room. Since we were many, some people volunteered to take some of us in but some took advantage of our situation and turned us into househelps.  That’s how I found myself working as a house girl. The experience wasn’t smooth; I went through a lot of rejection and mistreatment.

When did your breakthrough happen?

2010 was the year I will live to celebrate. This was the year that changed my testimony, from struggles to celebrations. This was when I released my second Album “Kiatu Kivue”. And indeed I saw God turning things around in my favour. The album was the turning point.

Was music what you wanted to do as a child?

My first dream was to become a media personality but again I had also wanted to sing. God worked in his own ways and placed me where he knew I would make him known.

Which of your songs is dearest to you and why?

I love “Kama si Mungu kuwa Upande Wangu”. I have gone through a lot. God has fought my battles in all ways and that’s why I love the song. It speaks about God being on my side.

Why has it been hard for most youthful musicians to stay true to the Gospel?

What I know is that staying true to God and to the Gospel needs a lot of commitment and perseverance. Good things take time and you have to pay the price. The problem is that they don’t want to pay the price.  Some of them don’t even pray and this has made them face a lot of challenges.

Do you ever see yourself quitting music to focus on other things?

Quitting music for me is a NO! I will sing as long as I am alive. I am doing a lot apart from music but it hasn’t interfered with my singing at all.

What has been the best moment and worst moment of your career?

My best moment since I began singing is when God gave me the grace to minister at one of the biggest events hosted by the Deputy President’s wife, Rachael Ruto. After that, she took me to her home where I stayed for a week serving God with her.

This was God Himself because when I looked at my humble background and now this is me in a “royal” home, it was a big thing for me.

My worst moment was when I had this long illness due to the miscarriage of my twins. I was really affected, I almost died. When I remember that moment I have every reason to stick to my God and keep serving Him because if not for Him I wouldn’t be here.

Any advice to inspire your fans?

We are living in dangerous days, these are the last days. Rapture is at the door. Keep the faith alive. Never give up on God.