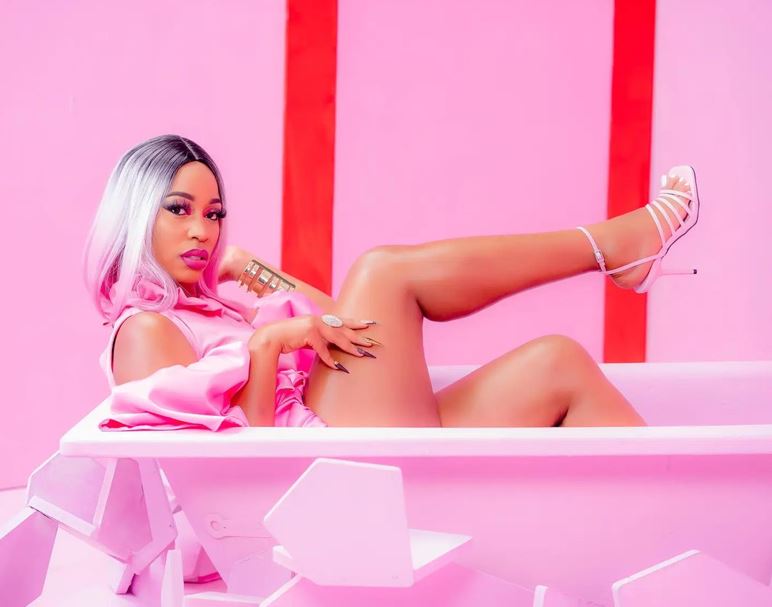 Diana Marua alias Diana B says she is done having children after getting pregnant with her third born child.

The YouTuber and her singer husband Bahati are expecting their third child after welcoming their other children Heaven and Majesty Bahati in 2018 and 2019 respectively.

And Diana admitted the pregnancy was not planned, saying she was not on any birth control method. She joked that pull-out and pray didn’t work either.

“We didn’t sit down and say we’re looking for another baby. For Heaven and Majesty, the pregnancy was planned but for this one, things backfired.

“Pull out and pray didn’t work, so it was a moment for me to accept that this is what has happened and when I am comfortable I can now share with the public,” Diana said.

Marua said she had a mental breakdown after learning that she was pregnant.

“I was not prepared and that is my honest truth. When I discovered I was pregnant I had a mental breakdown and I remember it was a period when I was somehow sick and all sorts of emotions running,” she narrated.

Diana Marua has now resolved to close the childbearing chapter and has appealed to Bahati to consider getting a vasectomy to avoid getting another unplanned surprise.

“Bahati should go and do a vasectomy because at this point that is the only sacrifice he is supposed to do for me. I have given him three children, so it’s up to him to consider vasectomy because for me I’m not getting more children. It’s a wrap. I have five children already,” Diana lamented.