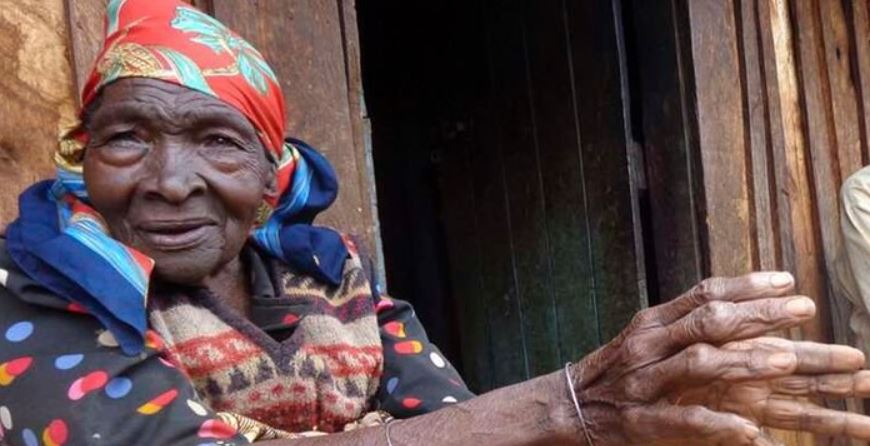 Mama Waitherero, the only surviving sibling of the late former President Mwai Kibaki, passed away Thursday morning at her Gatuyaini home in Othaya, Nyeri County.

In his message of comfort and encouragement, President Kenyatta described the departed Esther Waitherero as a strong woman of faith, role model and heroine of Kenya’s independence struggle.

“It is sad that we’ve lost one of our country’s few remaining frontline independence agitators. Mama Waitherero paid a dear price for Kenya’s freedom when she lost her husband in the Mau Mau uprising against colonial rule.

“As a grateful Kenyan nation, we owe a debt of gratitude to Mama Waitherero and her generation of strong women who fought alongside their male peers in our country’s liberation struggle.

“For her distinguished role in the making of the Kenyan nation, Mama Waitherero will forever be immortalised in our nation’s history as an icon and heroine upon whose broad shoulders generations of great Kenyan women shall sprout,” the President mourned.

The Head of State eulogised the late Mama Waitherero as a strong pillar in the life of the late retired President Mwai Kibaki, and an anchor of the Kibaki family.

“Throughout her life, Mama Waitherero stood out as an anchor of the Kibaki family. As the elder sister to former President Mwai Kibaki, she played a leading role in shaping his public life,” he said.

President Kenyatta wished the Kibaki family God’s fortitude and comfort as they come to terms with the passing away of Mama Esther Waitherero.

“I pray to the Almighty God to rest the soul of our beloved Mama Esther Waitherero in eternal peace. I also pray that God grants the entire Kibaki family the fortitude to bear the loss of their beloved,” the President prayed.