Obinna Argues with his Kids after Banning Gengetone in his House 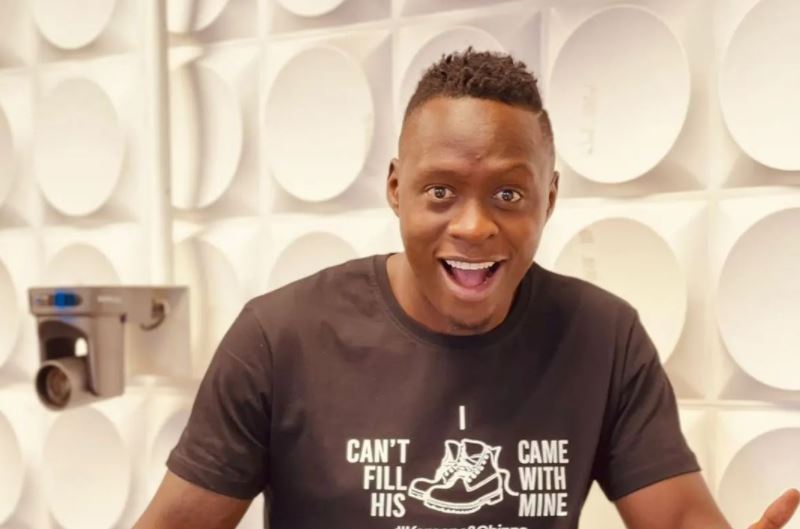 Comedian Oga Obinna has banned Gengetone music in his house, something that made his kids call him out for preaching water while drinking wine.

The Kiss FM presenter was speaking about his new song, ‘Pause’, saying his kids don’t like its video. Apparently, the music video was ratchet to them as it shows video vixens gyrating on Obinna.

“A weird thing…yesterday night we were having a conversation with my kids and the kids don’t like the ‘Pause’ video. Yeah, they say it’s ratchet, they were saying ‘daddy you are the one who is always telling us ati we don’t watch Gengetone and then that lady the way she was behaving, and then you are putting it on YouTube and you know we are your fans and we’ll watch it,'” Obinna narrated.

Confirming that he has banned Gengetone in his house, Obinna said he told the kids that ‘Pause’ is not Gengetone.

King Kaka: His Biography and Some of His Best Works < Previous
I Never Said Esther Musila is my Sugar Mummy: Guardian Angels Tells Off Trolls Next >
Recommended stories you may like: