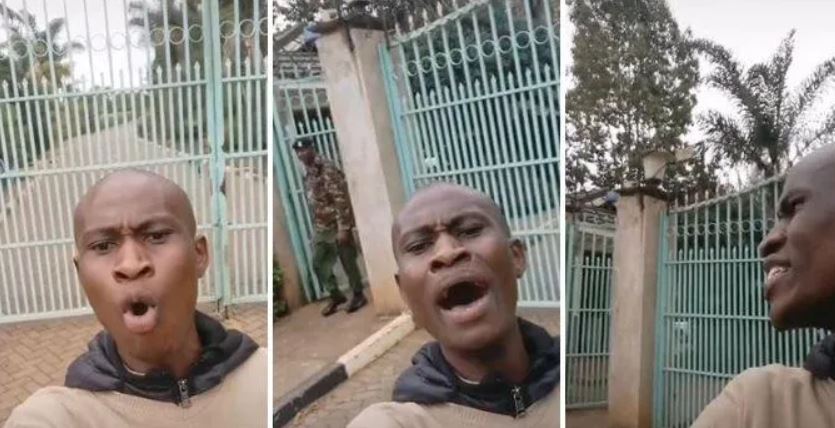 Ian Asunya, the TikTok sensation who gained online fame for shouting in random public spaces, has now taken his antics to Ruto’s official residence in Karen.

Asunya, otherwise known as Lunatic Wazimu or Nduru Man, shared a video on Wednesday pulling his screaming stunt outside the Deputy President’s residence.

In the clip, Nduru Man is heard calling out Ruto’s name loudly and asking him for funds to start a sweetpotato business. 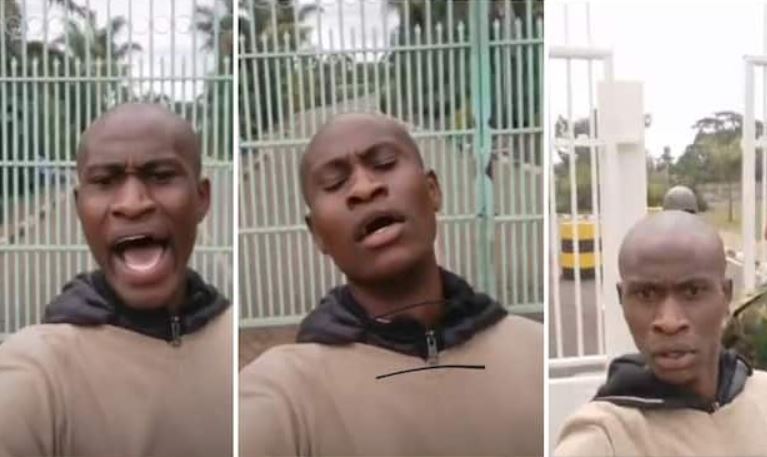 An officer manning Ruto’s gates is then seen swiftly approaching the content creator in what looks like an arrest.

Speaking about the incident, Nduru Man said he was running errands in Karen when he decided to ambush Ruto’s residence.

“I had made a delivery around Karen when I asked about where the DP residence is. A resident directed me and I decided to create my content outside his posh and well-guarded residence.

“The AP police officers manning the gate rushed to apprehend me and confiscated my passport. I was taken to Karen police station where I spent the better part of Wednesday,” Nduru man recounted.

Locked Up For 7 Hours

The TikToker said he spent seven hours behind bars and was asked to pay a cash bail of Ksh10,000 or be arraigned the following day.

“I kept wailing inside the cell for the police to get me out but my plea fell on deaf ears. Hours later, they gave me an opportunity to make a phone call but the call did not go through,” he said.

“I was denied access to my phone until 6:00 pm. I have the video and it is not something bad and I did not provoke anyone so I will use it.”

Nduru man added: “I was informed to report to the station on Monday in order to pick up my passport.”

Lunatic Wazimu mentioned he wanted a Ksh45,000 boost from Ruto.

“With the Ksh45,000 cash, I would purchase a cart to offer sweet potato delivery services. Another plea to the DP would be to order the city askaris to stop raiding my business,” he said.

Man Emerges Claiming to be Nandy’s Biological Dad Days after Wedding < Previous
Why All Polls are Lies: Mutahi Ngunyi Reacts After IRS Poll Put Ruto Ahead of Raila Next >
Recommended stories you may like: