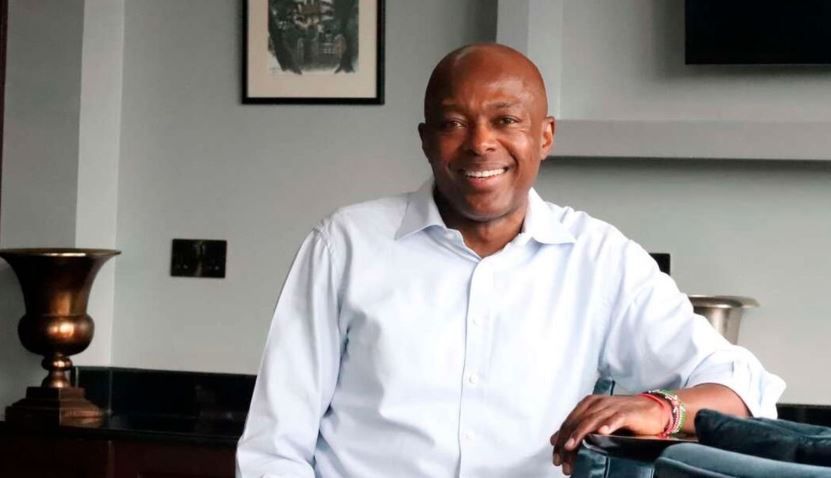 Kamau Karori is a partner in charge of dispute resolution practice at Iseme, Kamau and Maema Advocates.

In Chambers Global, a guide that ranks top lawyers and law firms in more than 200 jurisdictions across the world, he has been consistently ranked one of the leading arbitrators in Kenya. In 2018 he was conferred the Order of The Moran of the Burning Spear [MBS}. Kamau spoke to Jackson Biko for Business Daily.

What are some of the things you regret leaving behind as you grew older?

I’m not sure whether I would call it regret. But, I think it’s the sense of community as I grew up in Trans Nzoia,  at the foot of Cherangani Hills. It was a mixed community with simple people. We never locked our house. I never saw a padlock until I went for my Form 5 studies in Kitui.

There was no awareness about who belonged to which tribe. I had a shop in Kesogon and would walk from the trading centre, about three kilometres to my house, carrying money without fear of being robbed. Then I came to Nairobi and found all these walls we’ve built around ourselves. Most people hardly know their neighbours.

Looking at your life holistically, what part do you feel needs work?

I’m impatient with people who cannot do it themselves. I went to what were called Harambee schools. From a very early age, I learnt to teach myself, I stopped depending on teachers to give me reading material.

And so when I sit with people and someone says “I’m not able to file that document because the clerk is not available” I get frustrated because, why can’t they handle it themself? But I need to remember that these guys were not brought up like I was.

What do you worry about most now as a 52-year-old?

I worry about the kind of country we’re leaving for our children. We can’t be talking about the same thing we’ve been doing for the last 20 to 30 years. We cannot be talking about how the country is not developing because of corruption, about the dangers of our endemic tribalism.

I really worry about whether my children will have the opportunities I have promised them they will get as long as they work hard. Will they be forced to go and try to make it elsewhere after they’ve been pulled down by circumstances beyond their control, like say on account of where they were born?

And then in my own profession, I genuinely worry about the boychild. Out of every 20 people I interview here, 15 will be females. So what is happening to the boys? Where are they? Where are they going?

We have many activities and programmes to advance the girl child, and that’s good. I’m not saying stop it, it should happen but I’m not sure that the solution is to bring them up while forgetting about the boy.

You have sons,  how are you raising them?

I have three sons aged 24, 19, and 10. I also have a daughter. I’m deliberate about how I raise my children. I believe that for a boy to survive in today’s world, he needs to be equipped sufficiently to know what the society expects of him. So I spend a lot of my time with my boys teaching them what a son ought to be in relation to his parent and how he should relate with his siblings.

If you see a boy or a young man who has absolutely no respect for authority, check who the father is. They learn more from just seeing how he behaves. They appreciate the importance of coming home at reasonable hours because their father has set the example.

They also learn about respect for their mother [and other women] from how he relates with his wife. They learn more about the importance of God and religion because they see him going to church and so on.

What’s your limitation as a father?

[Chuckles] I am not on social media. I choose not to be there. I don’t understand it. I am also not very gadget-friendly. In the period we’ve sat here you’ve not seen me taking out my phone and all that. And so I sometimes wonder if this then distances me from the things that are of unique importance to my children, who are living in a time of social media. Maybe if I was on [social media]  I would be able to discuss with them the challenges they face in that regard, but I’m not.

Do you sometimes think of death?

Have I utilised the opportunities that have come to me in this life, both socially, as a parent, as a lawyer, as a businessman or am I looking for 50 more years to be able to do it?

But that worry is lessened by the fact that I have been surrounded by very prayerful women. My mother was very prayerful. My wife is also prayerful. She’s the leader of Bible Study Fellowship, now. She’s a lawyer. Because of that, I have a perspective about what death is all about, and the reality of death.

When were you most fearful in your life?

(Pause) Interesting question. I’ve never actually thought about that. When was I most fearful in my life? [Long pause]. When my mom died 19 years ago. That was scary. I was also fearful after finishing law school. I never got employed, I started my law firm.

I had a wife and a child on the way. I was worried if I would be able to take care of my young family. There was nobody to look up to. My parents were not rich, so that was not an option. There was no fallback position. It was just me.

Do you think you arbitrate as well in marriage as you do at work?

How I handle matters in the office and at home is very different. At home, there is an element of love and affection. I have much more latitude and leeway in how I handle home because at the end of the day, everybody knows that what I’m doing is for their benefit. Here [at work], it’s different.

There are laws governing how I deal with people in the office. The upbringing of people here is very diverse. You need to be very sensitive about how you handle people. So the way I handle my secretary is not the way I’ll handle my clerk, or lawyer, or partner.

Do you ever worry about money?

I have a philosophy about money. I don’t worry about money, but it is important for me that I have sufficient assets to take care of me in my old age so that I am not a burden to others.

I would want to make sure that my wife and I are taken care of in our future in a manner that we will never go back to our children to ask for assistance. I would not want to be a burden to anybody.

Is there ever enough to take care of you in your old age?

If it is the way things are now, absolutely. I would not be worried about money as such. If you are unwell, then that changes things.

What have you learnt about human nature all these years litigating?

That there are different types of people. The first group is perennially inclined towards litigating. It is almost like an occupation to them. So, the minute somebody does not pay up on time, they rush to court. Then the second

group will go to court so that everybody can lose. A majority of succession cases are of such people fighting over property, not because there is not enough for them but because they don’t want the rest to get anything.

And then the last breaks rules simply because they are not getting anywhere. I find that is the reason why Kenya does not progress. Our focus is not the pride of the outcome but the short-term benefit.

Q&A With Uwezo Fund CEO Peter Lengapiani < Previous
Dating a Widower: Testimonials From Kenyan Women Next >
Recommended stories you may like: