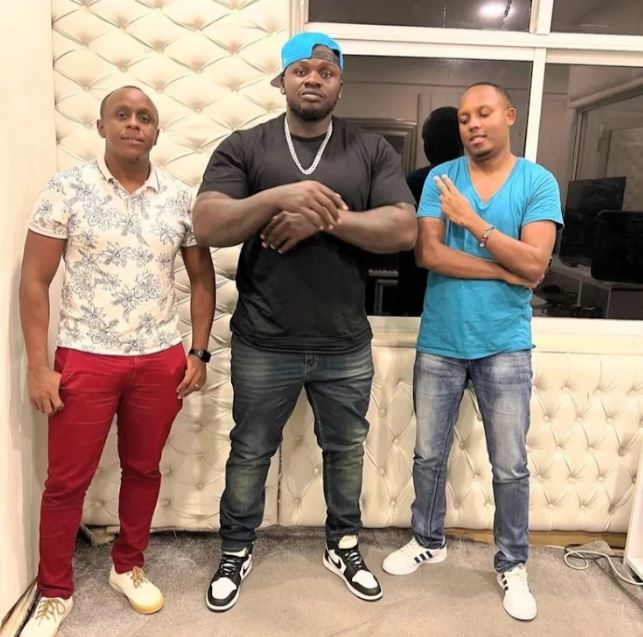 Khaligraph Jones once again proved to be the ‘Real O.G’ after he came through for filmmakers Abel Mutua and Phil Karanja during the production of Phil It TV’s new film, ‘Click Click Bang’.

Abel Mutua, the writer and narrator of the true-life crime thriller, said the ‘Mbona’ rapper allowed them to use his music in the film for free. Khaligraph, who is renowned for supporting local creatives, is also featured on ‘Click Click Bang’.

The former Tahidi High actor was speaking about how expensive it is for film producers to secure music rights.

“One of the most expensive elements in film production is music. Let me tell you there is nothing more expensive. The moment you watch a movie in Hollywood and hear a song you know, believe me, money has been poured. You might find that in the total budget of 100million dollars, half of that has gone to securing music rights. It’s super expensive,” Mutua told Presenter Ali.

“Khaligraph came and told us ni sawa. I have seen what you guys are working on and where I can offer my support is with my music. Do you know he gave us his entire music catalog and this guy has close to 500 songs?” Mkurugenzi said.

He mentioned that the fact that Khaligraph is an independent artiste made it much easier for producers of ‘Click Click Bang’. 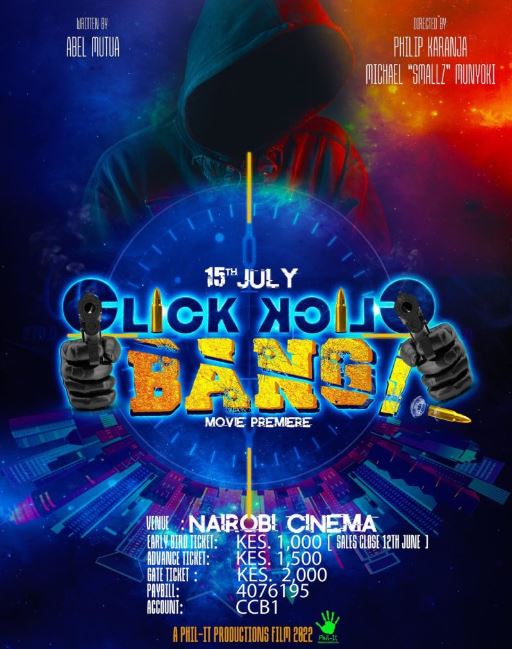 Abel said the same thing happened with H_art The Band, as well as Sauti Sol during the production of Phil TV’s 2021 movie, ‘Grand Little Lie (GLL)’.

“Alafu manze it was so helpful coz Khaligraph is not signed. Blue Inc ni yake. In fact, last year the other people who gave us music were Sauti Sol, God Bless them so much. Sauti Sol told us, ‘Take our music’.

“They were signed by Universal and before they were signed under Penya so we had a short window to use the music. But for Khaligraph, he owns the entire music catalog. Same with H_art The Band. They came and told us niaje, look at our music and use the one you want.”

Mkurugenzi further revealed they considered using the song ‘Geri Inengi’ by hardcore rap group Wakadinali but it proved to be a costly affair. He explained that, unlike Khaligraph, the ‘Morio Azenza’ rappers are under strict management.

For just 30 seconds of Geri Inengi, Phil It TV would have had to fork out close to half a million shillings.

“I called Wakadinali, coz I wanted their song for Click Click Bang. They have a massive banger ‘Geri Inengi’ but Wakadinali are under management. The thing with management lazima they follow rules. So they did the math and found for us to get 30 seconds of ‘Geri Inengi’ for our film, would have cost us not less than 450k. It is actually true it cost that much to have a 30-second clip on my film. So imagine Hollywood which uses almost 10 popular songs,” Abel Mutua said.

Click Click Bang has proved to be another success for Phil It TV after it grossed Sh2.5 million in the first two days of screening.

Mutua made the revelation last week saying the amount was nearly half of a targeted revenue of over Sh6 million.

“For this weekend alone that figure is very accurate because everyone paid Sh.1000 as entrance fee. So Sh2.5 million already is in the bag. Kenyans turned out in such large numbers, we had four screenings and we had 2,500 people. That has never happened in this country before, we shattered a record there. There is no better feeling than that,” Mkurugenzi said on Radio Citizen.

Abel said the next film is already in the works.

“We have been chasing the cinema-going culture, that’s been my goal with Philo (co-director) and there are people turning out in large numbers. I know consistency will take us to the next level, and with that said, the next film is already in the works. We will meet again in November,” he teased.